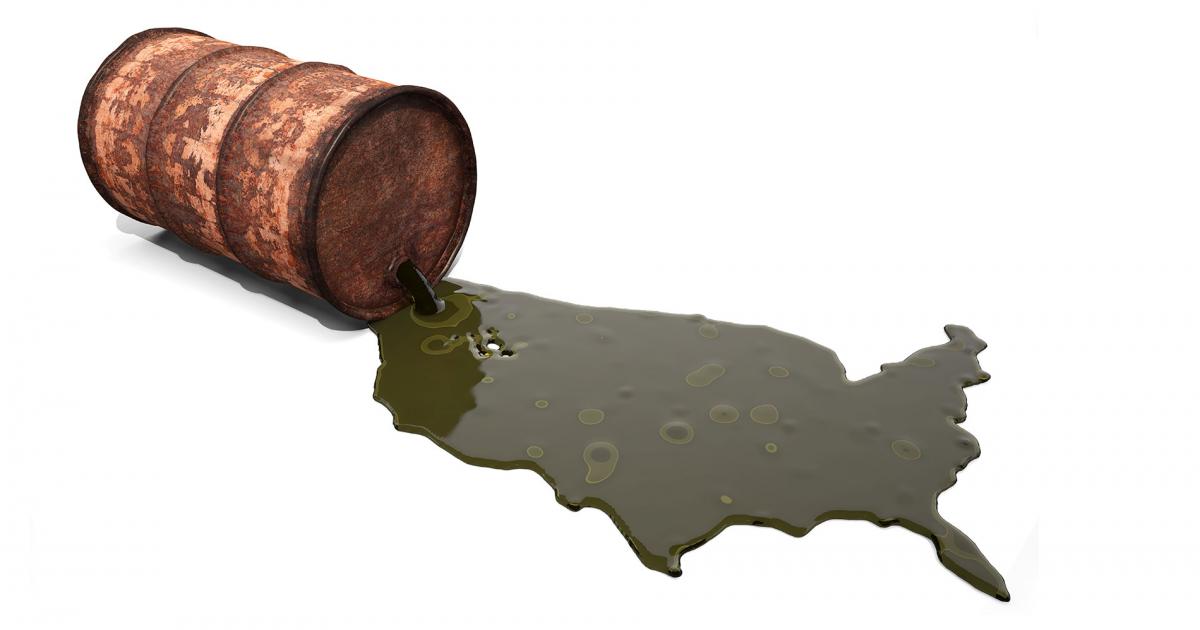 So, how’re we all doing, friends?

I ask because, honestly, I’ve been better. I spent this past weekend plummeting down the climate Twitter rabbit hole of despair, and still haven’t quite clawed my way out again.

Perhaps you’ve been lucky enough, or smart enough, to avoid the news. If that’s the case, then I should probably fill you in: West Virginia Voldemort broke the planet. Oh yes, he did. And the New York Times had the audacity to report it on a Friday. Thanks for the fun weekend, guys.

According to the Times, the Senator Who Shall Not Be Named will not support President Biden’s $3.5 trillion budget bill unless … the bill’s $150 billion clean energy provision — a.k.a. the Clean Electricity Performance Program (CEPP) — is scrapped. The CEPP provides funding to replace coal- and gas-fired power plants with wind, solar and nuclear generation; climate experts describe it with words like “crucial,” “key” and the “cornerstone” of the administration’s climate plan. That’s because it will be impossible to meet our goal under the Paris Agreement unless we transition to cleaner energy sources.

This is exactly why you can’t rely on “the markets.” When things are urgent, radical transformation is what’s needed.

The White House staff is now rewriting the legislation, the story goes on to say, and “trying to cobble together a mix of other policies that could also cut emissions.” The Paris goal, of course, is an average global temperature rise of no more than 1.5 degrees C above preindustrial levels.

Now, a moment of disclosure: I did not set out to write a column on the death of the CEPP this week. I’d happily planned to write about proxy advisors telling their investor clients to vote “no” on companies’ lame climate targets. But then the Appalachian Antichrist put politics, his personal financial interests, or whatever before the future of millions of species, including our own, and left me no choice. Lucky for me, Washington’s dysfunction is relevant to climate proxy votes, and not in a good way.

Let me explain. In recent weeks, as mining company BHP prepared for its annual meeting in London, it became clear that global proxy adviser Glass Lewis was recommending that its clients vote against the company’s Climate Transition Action Plan. The advisor voiced concerns the plan had not been certified by a third party, adding, “It is unclear if the company’s current targets are science-based.” Science-based targets are those that align with the Paris Agreement.

At issue are the Anglo-Australian company’s Scope 3 emissions, the greenhouse gases emitted in its supply chain and in the downstream use of its commodities. The company’s plan calls on its suppliers to achieve net-zero emissions by 2050, but not its steelmaking customers in Asia. Instead, BHP plans to help these steel producers develop technologies capable of reducing emissions intensity by just 30 percent.

Despite the influential proxy advisor’s effort, that was apparently good enough for the vast majority of BHP’s London-based investors. Of those voting at the annual meeting last week, 83 percent sided with the company and endorsed its plan. (A second annual meeting will be held in Australia next month.) The more glass-half-full way to look at it would be that 17 percent voted against the climate plan. 17 percent! And this represents the largest shareholder climate “rebellion” of any European company so far.

See, this is exactly why you can’t rely on “the markets.” When things are urgent, radical transformation is what’s needed. Things simply move waaaaay tooooo slooooowly. If BHP’s investors had taken those baby steps a decade ago, everyone would have cheered. But we don’t have time for incrementalism anymore.

So forgive me if I don’t jump for joy when, in 2021, mere days away from COP26, the best news out of Team Paris: Investment Division is: This ass whooping wasn’t as bad as the last several ass whoopings!

Over and over, well-meaning investors and companies find themselves stymied by an entrenched system where they’re surrounded by, at best, overly cautious anti-visionaries and, at worst, self-interested obstructionists. Which is why no one was sitting around biting their nails, hoping against hope that a proxy advisor would usher in a climate game-changer.

Some people on Twitter say the climate movement is becoming more radicalized as young people increasingly feel they have nothing to lose.

The companies that have committed to net zero know they can’t achieve their goals without government policy. So do consumers and client activists. They might pressure investors and companies to do the right thing, but no one really expects them to save the planet.

For that, we need government.

Despite all of the amazing technologies, ingenuity and grit in the private sector, all the great work being done — and I know there’s a lot of it — won’t save us in time. Solar and wind might be cheaper than ever, but in the time it has taken them to get to price parity emissions have only increased, and that trend shows no sign of slowing.

So when West Virginia’s Hannibal Lector says we shouldn’t use “taxpayer dollars to pay private companies to do things they’re already doing,” who doesn’t sense that he might just have other motives? Oh wait: Last year, he raked in nearly half a million dollars in stock dividends from the coal company he founded, and he ranks as the top recipient of donations from the oil, gas and coal industries during the 2022 election cycle.

And some folks wonder why young people feel so damned frustrated. Why they’ve taken to skipping school to protest and publicly dressing down oil and gas executives. Not only do they face a future with more storms and droughts and famine, many of them say they feel powerless to do anything about it. They also feel sad, afraid, anxious and angry. They believe their leaders have failed them and they’re sick of all the blah, blah, blah.

Now it looks as if the United States, the world’s second-largest emitter, will walk into COP26 without a plan to reach the commitment we made in Paris six years ago. With almost every country falling miserably short of its Paris goals, this failure of American leadership does not bode well for a successful outcome in Glasgow.

What happens then? What do frustrated people do when everything else has failed?

Some people on Twitter — remember, I spent my weekend there — say the climate movement is becoming more radicalized as young people increasingly feel they have nothing to lose. I have no proof to support the idea that one day soon today’s climate activism will look like child’s play. It’s all anecdotal.

I do know that this year brought the publication of a book called “How to Blow up a Pipeline.” In it, Andreas Malm, a Swedish climate activist and lecturer at Lund University, argues that peaceful protest has not been enough to stop the burning of fossil fuels and warming of the planet. (Can’t disagree with that.) And he advocates for the sabotage of fossil-fuel infrastructure and the disruption of the status quo — things like the lights going on in offices and factories, and employees arriving to work.

Like I said, I still haven’t quite crawled my way out of that rabbit hole. I really hope this is just my Twitter binger talking.