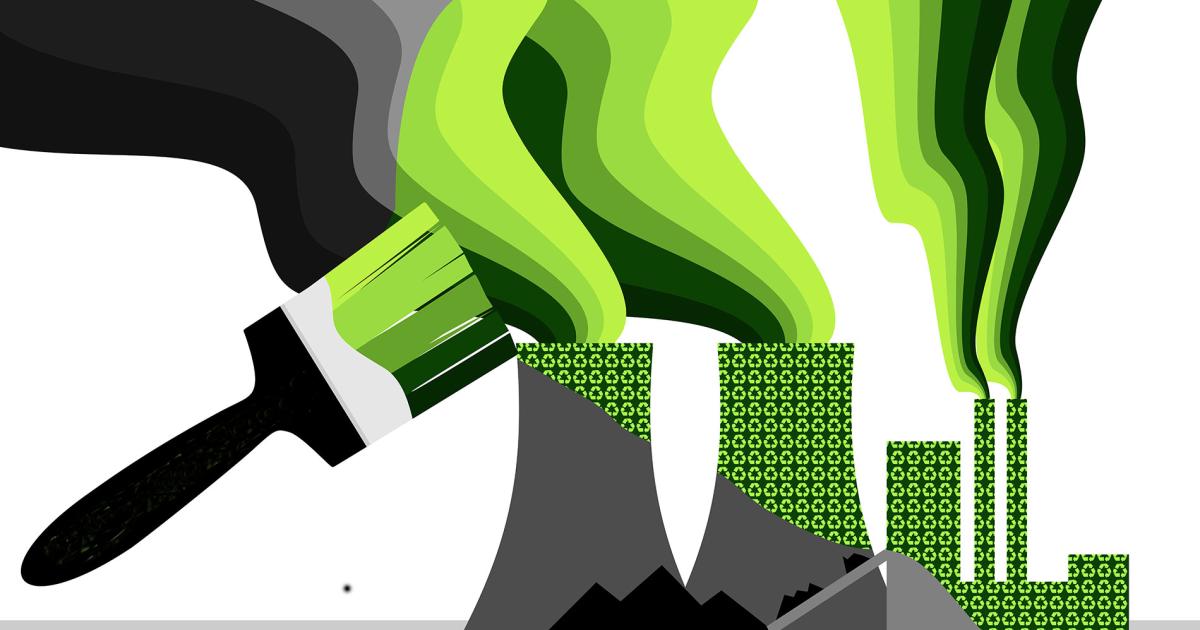 Glasgow, Scotland – COP26 is at the halfway point, and I’ve only hit the ground here in this delightful city a few days ago, soaking up the human warmth amid the cold and soggy clime. And while we don’t yet know where the negotiators will end up on a host of critical issues — and whether they’ll collectively step up to what’s needed — it’s been fascinating to watch the business side of the equation.

In short, I’ve been following the money.

No, not the countless billions that the world’s wealthy nations are supposed to be ponying up to help poorer nations weather the coming storm, literally. That’s one critical issue in this year’s negotiations. I’m talking about the commitments made by corporations and financial institutions as well as the pledges being made by scores of nations that will have a knock-on effect for companies and their investors.

I heard someone call COP26 the “Business COP.” I couldn’t find any official reference of that sort, but I’m inclined to agree.

I heard someone call COP26 the “Business COP.” I couldn’t find any official reference of that sort, but I’m inclined to agree. At COP26, as the weather rains, business reigns.

I’ve already written about the significant commitments made last week by companies to eliminate tropical deforestation by paying locals to protect and maintain standing forests. Governments made commitments, too: More than 100 nations — including the United States, Brazil, China and Russia — pledged to end deforestation by 2030.

As Morningstar’s Leslie Norton wrote, these public-sector commitments could benefit the private sector: “Investors are likely to grow emboldened to address emissions throughout a company’s supply chain.” (It feels like that’s already happening.) As Norton pointed out, deforestation presents long-term risks for companies and their investors, “including decreased agricultural yields caused by depleted soils, regulatory risks, stranded assets, supply-chain disruptions and reputational fallout.”

Translation: The climate crisis is starting to hit companies where it counts.

But all that was relatively small potatoes compared to what the financial sector offered up: The Glasgow Financial Alliance for Net Zero, representing more than 450 banks, insurers and other asset managers in dozens of countries, collectively pledged $130 trillion — yes, you read that right — over the next three decades to decarbonize the global economy.

To be clear, that’s not philanthropy. Financing the transition is becoming a massive business opportunity for banks and climate tech companies, so it’s not shocking that they’re wholeheartedly aiming their investment portfolios and business plans in that direction. Still, the size and scope of that commitment is head-spinning, particularly when you consider that global annual GDP is in the neighborhood of $80 trillion.

As always, such initiatives are not without skeptics and controversy. I heard several express concerns about whether that rather large kitty of funds represents new money directed toward sustainable outcomes, a rerouting of existing assets or simply accounting tricks that merely seem to suggest a significant pivot.

Moreover, many of these banks continue to finance the fossil-fuel industry, funding coal mines, backstopping debt issuance and lending directly to power producers, as the Financial Times reported. It also noted that bank disclosures around climate risk remain weak, often failing to set short-term targets — or, in some cases, any tangible targets at all — to wind down investments in coal mining and other polluting activities. Indeed, the initiative didn’t even commit these institutions to stop financing fossil fuels.

The birds and the trees

Over the weekend, Saturday was “Nature Day” at COP. That in itself is noteworthy: It’s the first time preserving nature and biodiversity has been explicitly singled out as a critical climate issue.

Once again, business seemed to step up. The World Economic Forum launched a campaign “to increase private-sector investment in natural climate solutions to the tune of 1 gigaton of emission reductions per year by 2025.” That includes “activities across forests, agricultural and coastal lands that strengthen nature’s ability to absorb carbon and reduce emissions.”

I moderated a Nature Day panel on “how companies are stepping up action on climate and nature,” at an event hosted by the NGOs We Mean Business and Business for Nature. I tried, during the 30 minutes or so we were allotted, to center the conversation on what it will take for companies to take meaningful action. In many ways, the answers were underwhelming, small-ball solutions focusing on supply-chain engagement as well as on language being negotiated by the COP delegates that would incentivize companies to protect land in return for receiving carbon credits.

Seemingly tepid stuff — particularly at a global event where the phrase “last best chance to save the planet” seems to be uttered roughly 24/7. But these are the things that undergird COP negotiations — decidedly unsexy stuff that is necessary but highly insufficient to meet the moment.

And that was just one corner of COP26 “side events,” as they’re called in UN-speak. There were many more significant announcements on energy, transportation, food systems and other critical topics.

And yet, the critics.

Speaking on the sidelines, the activist Greta Thunberg, who has become the Berater-in-Chief here in Glasgow, complained that COP26 was “sort of turning into a greenwash campaign, a P.R. campaign” for companies and politicians.

“Sort of” may be the only accurate part of that statement. True, all this action reflects a mere fraction of what’s needed, and there is more than a little chest-beating taking place by companies and their P.R. machines, but the progress is palpable. So is the optimism, which, so far at least, seems to be oozing out, sometimes tentatively, in many of the conversations I’ve had with activists, investors and companies. That in itself is noteworthy, given the desolate mood of COP26 that prevailed just a week ago.

Is all that optimism justified? That’s the multi-trillion-dollar question. Meanwhile, the corporate crowd seems to be savoring the moment, if fleeting, of being seen as climate leaders.

I invite you to follow me on Twitter, subscribe to my Monday morning newsletter, GreenBuzz, from which this was reprinted, and listen to GreenBiz 350, my weekly podcast, co-hosted with Heather Clancy.