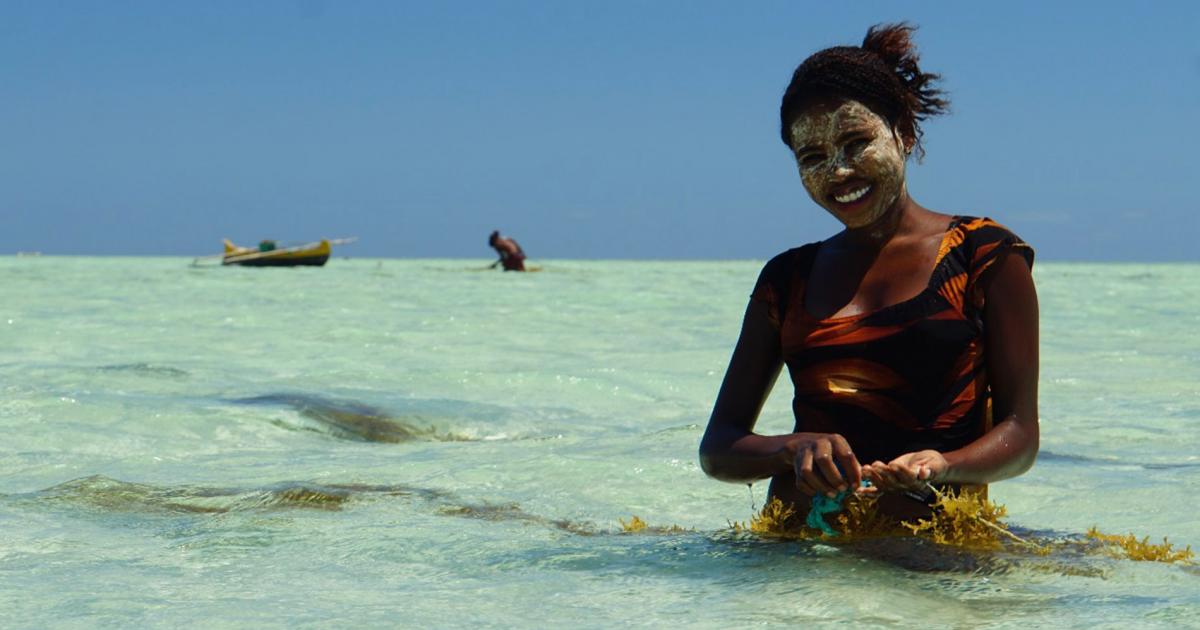 For businesses, particularly CPG companies hoping to generate multiple sustainability benefits from their investments, look no further than seaweed.

Why seaweed? “Seaweed is having a moment,” a recent CBS Morning News feature reported, in large part because of the role that it can play in restoring ocean health and addressing the climate crisis. The global commercial seaweed market is valued at $6 billion today and growing at a historical CAGR of 6-8 percent, with primary use for food.

Seaweed has tremendous potential to expand beyond traditional uses to provide food and feed ingredients and materials, together with ecosystem services, that deliver on industry’s goals of clean supply chains and climate-positive products and services. Growth of the seaweed sector is good news for business and the planet as it offers unique opportunities to accelerate ocean regeneration and improve the lives of seaweed farmers in coastal communities around the globe.

Seaweed has tremendous potential to deliver on industry’s goals of clean supply chains and climate-positive products and services.

Leading scientists, such as Carlos Duarte, chief scientist of the Oceans 2050 Foundation and world expert on macroalgae and carbon, tell us that seaweed has the potential to have even more of an impact on climate mitigation and adaptation than trees. In fact, seaweed is the only existing, nature-based solution for removing CO2 loads from the ocean, which is imperative for both ocean health and addressing the climate crisis.

What we call seaweed comprises over 70,000 species, with a wide range of genetic diversity. Wild kelp forests dominate one-quarter of the world’s coastlines, and humans cultivate a dozen species commercially, almost entirely in Asia. Seaweed converts CO2 to oxygen through photosynthesis, just like land-based plants.

Duarte’s groundbreaking research shows that seaweed biomass that breaks off during the growing process gets transformed into carbon-rich sediment that is transported by ocean currents. His research demonstrates that seaweed is driving carbon removal in the ocean at a rate that could be comparable to that of tropical forests on land.

Kelp, the fastest growing plant in the world, may be a powerful nature-based solution to addressing climate change. Photo: Seaweed Solutions AS

In a recent “Nature Sustainability” article, Duarte estimates that, at an annual growth rate of 20 percent, seaweed aquaculture could sequester 239 million metric tons of CO2 per year in coastal sediments by 2050, while only occupying less than 1 percent of the ocean area estimated suitable for seaweed farming. Additionally, seaweed aquaculture could export 182 million metric tons more of CO2 that is currently not feasible to track.

In addition to carbon capture, farming seaweed provides a multitude of benefits for oceans, people and the planet:

Seaweed aquaculture can contribute to a just transition for coastal communities — those on the front lines of the climate crisis. Seaweed farming offers a low barrier to entry activity for coastal communities, particularly for those who already work on the ocean, such as the Maine lobstermen spotlighted in the CBS feature and the woman-run households who make up 40 percent of the farmers at our partner farm in Madagascar.

Because seaweed removes carbon as it grows, harvesting the biomass for other purposes is compatible with carbon removal (unlike with timber) — and you don’t have to worry about forest fires. Seaweed farming earns revenue through biomass production and sale, making it a climate mitigation strategy that doesn’t need to rely solely on carbon payments. Seaweed farming can provide food security to coastal communities around the world and offer coastal rural and indigenous groups an economic livelihood opportunity that lasts through multiple generations, contributing to the just transition.

The oceans have absorbed a third of the CO2 humans have emitted since the Industrial Revolution, causing ocean acidification that, combined with the heat stress of rising temperatures, is devastating ocean ecosystems. When we are successful at reducing atmospheric concentrations, much of that excess CO2 will come right back out again, meaning we need to reduce the CO2 load in the oceans in order to achieve our goals for reducing atmospheric concentrations of CO2.

Scaling up seaweed farming quickly, while preserving its regenerative characteristics and ensuring equity of access for marginalized coastal and indigenous communities, should be high on the priority list of those seeking to restore the oceans and the climate.