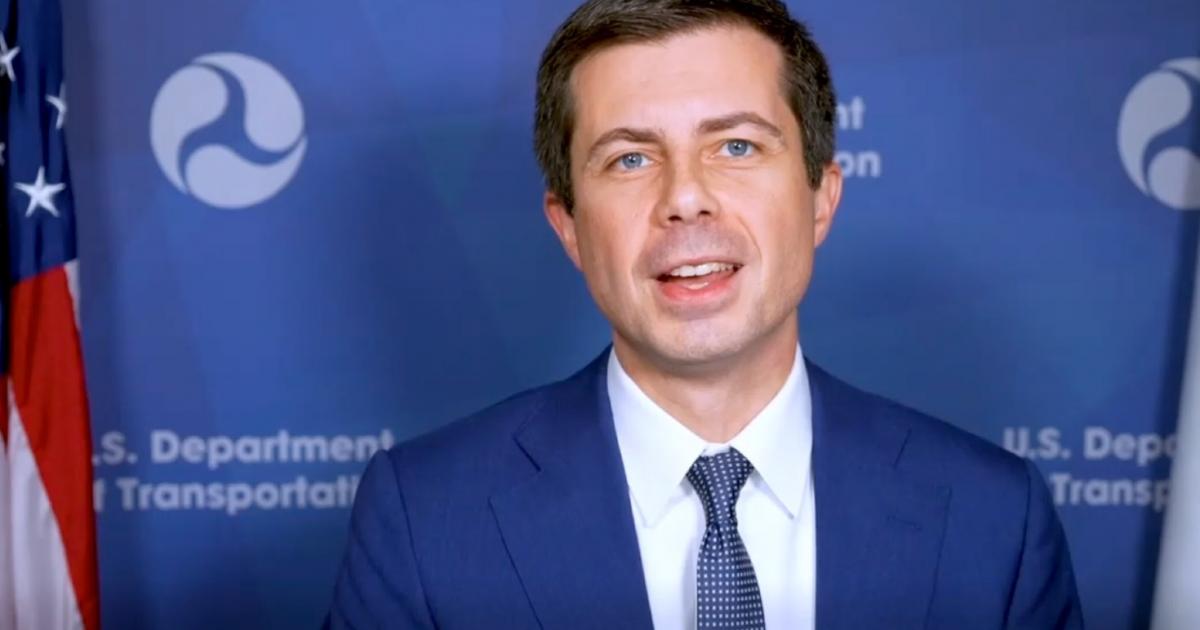 If point A of today’s infrastructure systems are worn out, unjust and dangerous in this climate crisis, how does the United States reach point B, realizing next-generation, low-carbon infrastructure that’s equitable, smart and resilient?

President Joe Biden has assembled a dream team of experts, including longtime activists, to journey toward low-carbon infrastructure policy that explicitly addresses the human element. Even if the $2 trillion infrastructure bill ultimately signed into law is a shaved-down shadow of his original proposal, it signals a radical turnabout from the fossil fuel driven, “drill, baby, drill” policies of the past.

“We have an opportunity right now to traverse the space between where we’ve been and where we need to go,” U.S. Secretary of Transportation Pete Buttigieg said at the GreenBiz VERGE 21 virtual event Wednesday.

“The way I think about it is that every transportation policy decision is now also a climate decision, whether it’s labeled that way or not,” he said, noting transportation’s 30 percent share of greenhouse gas emissions in the United States. “We’ve added climate and resilience considerations to make them much more explicit in many of our grants and policies and programs.”

It’s probably fair to say that every transportation and climate policy decision is also considered an equity decision by this White House, which on its first day issued Executive Order 13985 on “Advancing Racial Equity and Support for Underserved Communities.” It was followed a week later by Executive Order 14008, “Tackling the Climate Crisis at Home and Abroad.“

If we don’t engage stakeholders in this transition, we’re going to fail.

“If we don’t engage stakeholders in this transition, we’re going to fail; the solutions that we create will be ill-suited for the moment,” said Shalanda Baker, first deputy director for energy justice in the U.S. Department of Energy.

“I came in with a lot of priorities but understand that every single day, I’m working for those who are on the frontlines,” she said of centering climate justice and racial justice, while creating jobs and opportunities for the clean energy transition, at the highest levels of government. The law professor and author of “Revolutionary Power: An Activist’s Guide to the Energy Transition“ also co-founded the Initiative for Energy Justice, which advocates on exactly that sort of just transition.

Baker described racial injustice as manifesting in the low rates of access to energy by underserved communities, with rates of energy insecurity at 45 percent among Latino and Hispanic people; 52 percent among Black people and 62 percent among First Nations people.

“Energy insecurity can sound abstract but this is engaging in dangerous behaviors like keeping the heat low, so low that you might freeze and die,” Baker said, recalling how her family boiled water on a stovetop to heat the bath as she grew up. “We know that today communities of color are breathing in the toxins and hazards of our energy systems. … We’re committed to ensuring that those environmental justice burdens are reduced, mitigated, eliminated, eradicated.”

Baker expressed hope in engaging with community members in smaller settings, “not just listening, but taking back what we learned and baking that into the things that we’re building, because I absolutely believe that communities have the solutions to get us out of this climate disaster and climate emergency,” she said.

Holding a similar lens, Jerome Foster II in March became the youngest adviser to the White House, serving on its Environmental Justice Advisory Council (WHEJAC). Among other efforts, the 19-year-old founder of youth voting group One Million of Us is working on the Justice 40 initiative, which the administration launched earlier this year to ensure that frontline communities get priority for 40 percent of federal investment benefits. That includes flood mitigation assistance from Homeland Security Department, federal-state funding for drinking water via the Environmental Protection Agency, lead hazard reduction grants from the Department of Housing and Urban Development and funding for energy efficiency and renewables in rural areas via the Department of Energy.

Meanwhile, the Build Back Better bill, fraying in a tug of war between a Senate Democratic majority and corporate moderate Sens. Joe Manchin and Kyrsten Sinema, represents the biggest investments in public transit and transportation resilience in the nation’s history.

Buttigieg, former rust belt mayor of South Bend, Indiana, referenced the “triple bottom line” of economic, social and environmental benefits and using a “design mentality” when speaking of “the spaces that people navigate, and what the climate implications are.”

That means, for example, using DOT financing to support communities that seek to cluster together transit, business and housing, and tailoring electric-car charging for the varied needs of urban and rural communities. “We need to give people options, and you don’t necessarily have to take two tons of metal with you to get everywhere,” he added.

Infrastructure is the best place to prove that, creating a generation of new and good-paying climate jobs across the country at every level of education.

How can the powers that be harness a once-in-a-generation opportunity to modernize roads, vehicles, transit and bridges also lifts up communities that have historically been exploited, polluted and ignored by the powers of the past?

It may start with recognition of what Buttigieg described as “what happens in the spaces where people’s residences and different forms of transportation and their environmental impacts converge.” He noted high asthma rates among children of color in particular who live near trucking corridors and ports. Electrifying ports will also help to “increase throughput,” Buttigieg said in a nod to pandemic-times, supply chain logjams.

Buttigieg also referenced the infrastructure bill’s potential to introduce a federal program to fix discriminatory policies of the past, such as “highways that cut through the heart of Black and Brown communities.”

What does the Biden administration want from corporations during a transition to a cleaner, more just economy?

“When we talk about the climate crisis, we have to always know that even though we’re on the inside, it doesn’t just magically allow us … to pass any bill or make any progress that we want,” Foster said, describing how the public needs to pressure elected officials to be accountable for their actions, despite the “buckets of money” held by the fossil fuel industry.

For Baker, whose academic career began with researching the environmental impacts of corporate wind energy on Indigenous people in Oaxaca, Mexico, engaging local communities is essential before bringing nearby clean energy projects to fruition. So, too, is making sure that supply chains include Black- and Brown-owned businesses.

Even though we’re on the inside, it doesn’t just magically allow us to pass any bill or make any progress that we want.

“The role of supplier diversity cannot be overstated in this particular moment, because we know that a lot of resources are going to flow through our economy as a result of this transition, and we have to make sure that the most diverse members of our society are a part of it,” Baker said.

“When new infrastructure and mobility projects are being discussed where you live, when the businesses that you help lead are deciding how or whether to purchase electric vehicles, or invest in sustainable technologies, where there are opportunities to team up with what we envision as a future ARPA — Advanced Research Projects Agency for infrastructure ARPA-i — across any of these opportunities, I know that you will be able to find new solutions to benefit the community, the country and the triple bottom line of economic, social and environmental benefits, that is going to be so important to finding solutions in the future.”

“And infrastructure is perhaps the best place to prove that, creating a generation of new and good-paying climate jobs across the country at every level of education by the way, from R&D jobs connected to university transportation centers to union jobs laying new train tracks, installing electric vehicle chargers and more,” he said.

Earlier in the week at VERGE, Roxanne Brown, international vice president at large for United Steelworkers, sounded the call for green infrastructure jobs.

“What do we get when we take the American worker, fighting climate change and rebuilding our nations’ infrastructure?” she asked. “A clean energy justice league. An army of women and men standing at the ready to do the jobs in manufacturing, construction, installation and a host of other functions to help our nation achieve our clean energy goals. They’re ready to turn policy into action.”

New Study: House Sparrow Population in Europe Faces Huge Decline
What Happens in the Brain During a Coma?
Would Headlights Work at Light Speed?
How to turn your ideas into patents
Interest in SPAC mergers declining