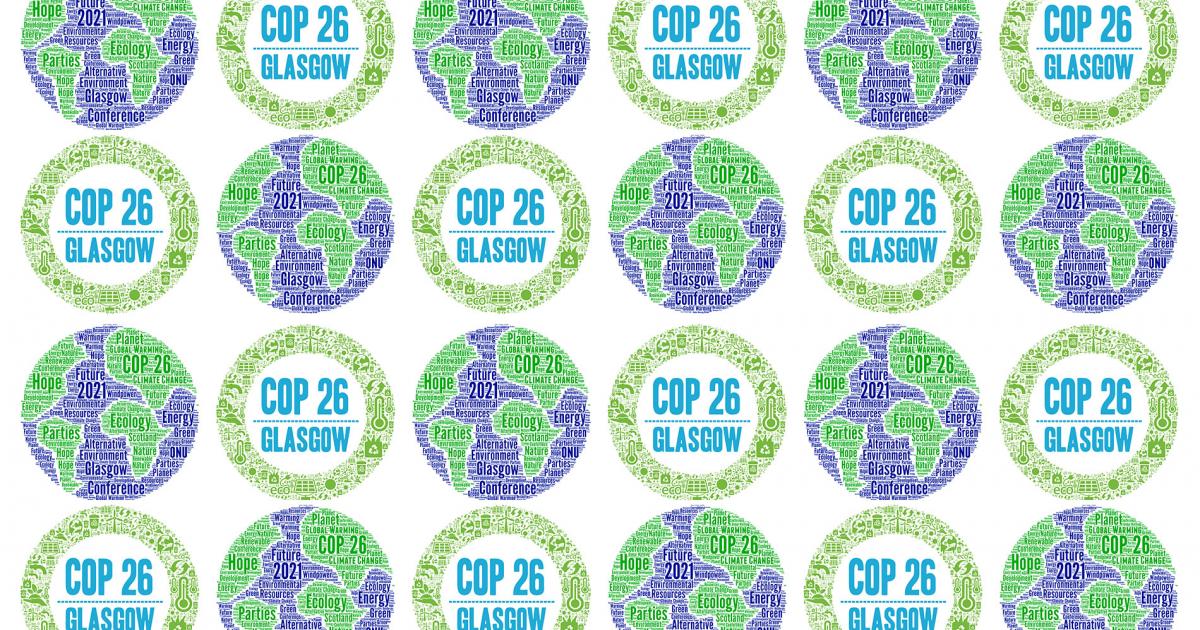 Let’s assume for a moment that the negotiators and world leaders attending COP26, the United Nations climate summit starting next week, manage to cobble together enough of a consensus to declare victory. And that the whole two-week event taking over Glasgow, Scotland — part negotiation, part showcase, part three-ring spectacle — concludes with one of those victorious group poses seen at the end of COP21, the 2015 conclave that yielded the Paris Agreement.

And let’s assume that the agreement makes begrudging progress on some of the key negotiating points — on how quickly countries will cut their emissions, on how much money richer nations will send to poorer ones to finance their transition away from fossil fuels, on how nations will report their progress, among other things. And that the key participants — diplomats, politicians, CEOs, activists, youth leaders — depart Glasgow feeling sanguine or better.

Is your company ready to meet the post-COP moment?

That’s a lot of assumptions. And admittedly, it’s a relatively low bar, particularly given the gravity of our growing climate emergency: COP26 succeeds if it doesn’t fail.

That’s a question companies, along with local and national governments, should be ready, willing and able to answer in about three weeks, if not before. That’s when the hard work begins — or, for many, continues.

In some regards, post-COP life won’t be much different than the months leading up to this much-anticipated event.

Companies will still need to focus on how to deliver on the commitments they’ve already made to eliminate net greenhouse gas emissions from their operations, supply chains and the products and services they sell. Incumbent interests — fossil-fuel producers, mostly — will still drag their heels, hell-bent on wringing yet another calendar quarter’s worth of returns for their shareholders before the world hamstrings their ability to do so. So-called hard-to-abate sectors — concrete, steel, aviation and some others — will continue their plodding incrementalism in addressing their emissions.

The finance community will remain obsessed with ESG-related investments and financial products — bonds, loans, credit facilities and the like — and all their wealth-creation potential, regardless of whether these financial instruments are actually moving the needle on climate pollution.

Activists will lambast the entire COP community for their lack of ambition, and for not sufficiently incorporating the interests of indigenous populations, island nations and the world’s poor.

And the public will remain shaken by the emerging climate realities but not particularly stirred to take action.

So, what will COP26 have changed?

In short: Everything and nothing.

COP26 will be, at minimum, a marker for ambition, a litmus test for companies and countries to reveal the true scale, scope and speed of their commitments and strategies. It will be an opportunity for political and corporate leaders to announce (or reaffirm) their commitments and achievements — and for the rest of us to hold them evermore accountable. It will be an occasion for all involved to assess whether we are, individually and collectively, aligning with society’s growing expectations, not to mention with the increasingly dismal realities of climate science.

As usual, much of the heavy lift will fall to businesses, responsible for the lion’s share of the problem and possessing the means and motivation to fix it. How companies respond to the post-COP moment could be defining — for them, their shareholders, customers and the rest of us.

Companies seem to be stepping up to the moment, though it’s debatable whether their efforts are sufficiently ambitious and expeditious. Our daily news feeds are bulging with stories of new initiatives, goals and achievements, including corporate partnerships that promise to ensure a sustained, orderly transition to a net-zero world. The notion of a “just transition,” where the salutary benefits of climate action — economic development, job creation, housing and food security, clean air and water — inure to all is now parroted by many corporate communications departments though the evidence backing up those words remains largely elusive.

Still, there’s undeniable progress, as we report each week. Renewable energy, electrified buildings and transportation systems, circular models of commerce, regenerative agriculture — all are on the rise, albeit arguably too slowly to address the looming climate emergency.

And there are glimmers of hope, or at least increased engagement, from national governments. Over the past week, the run-up to COP26 has brought a drumbeat of announcements and initiatives from various leaders, with no doubt more to come in the coming days. Some were chronicled over the weekend and tweeted by Bloomberg Green editor Sharon Chen, from Saudi Arabia to Russia to India to Australia. Some are mere stirrings of heretofore recalcitrant governments, tenuous but encouraging steps forward at an opportune moment.

One key question is where the public is on all of this — outside, of course, of the inspiring corps of young activists around the world, who have relatively little power beyond persuasion. True, these youth represent the consumers, employees, investors and voters of the future, but since when has much beyond short-term pressures and incentives moved companies, markets or policy? And in a world where concern for the common good has largely given way to fractious tribalism, can we ever truly rally the overall populace to support climate ambition?

What’s most likely to come out of COP26 will be stepped-up pressure on governments, emitters and their financial enablers to accelerate their efforts to decarbonize, and to do so genuinely, without smoke and mirrors, accounting gimmicks, unverifiable timelines, hypocritical lobbying or communications hyperbole that are generally referred to these days as greenwash, or worse. The scrutiny will increase, and spotlights will shine ever brighter and more persistently on companies. There will be few, if any, places to hide.

Is your company ready to meet the post-COP moment? Will its commitments and governance be up to the task? Will your board and C-suite be amply engaged, not just mouthing the words but actually steering the company toward setting and achieving bold, science-based and verifiable climate goals?

That is, from your company’s perspective, will COP have made any difference?

I invite you to follow me on Twitter, subscribe to my Monday morning newsletter, GreenBuzz, from which this was reprinted, and listen to GreenBiz 350, my weekly podcast, co-hosted with Heather Clancy.

Kiribati Opens One of the Largest Protected Areas in the World to Commercial Fishing
Why Do You Sabotage Yourself Before a Big Test? | Self-Handicapping
Don’t be too critical on China for changing pledge on coal, EU’s climate chief says
5 Weird Things That Can Catch Fire
Could this be the turning point for green hydrogen?