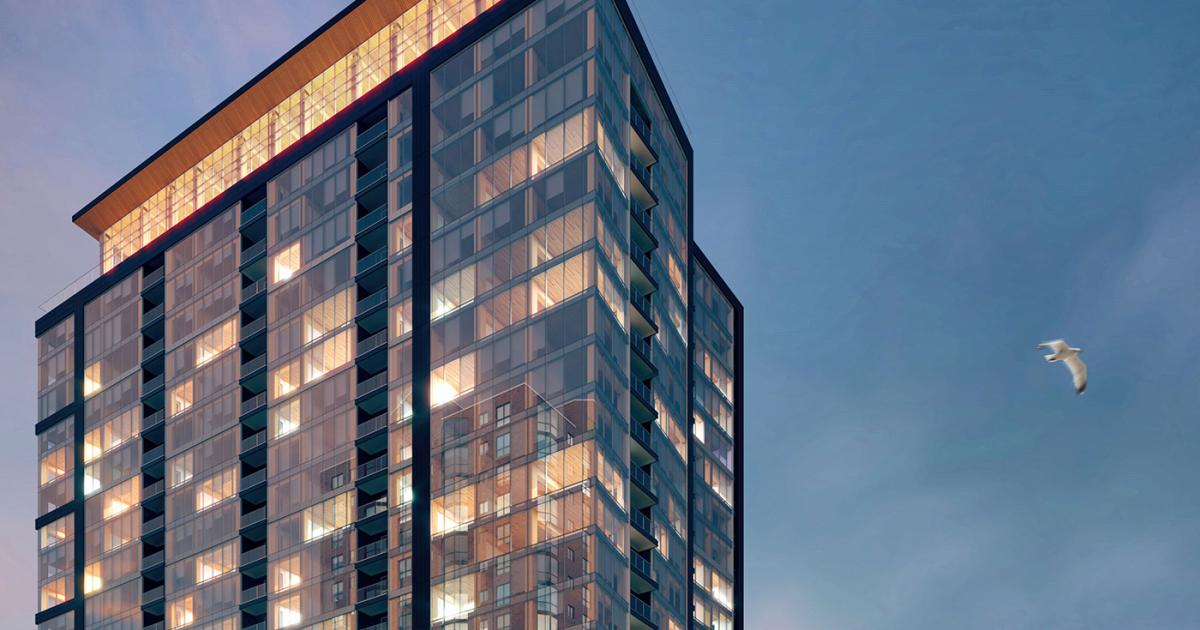 This article was originally published on YES! Magazine and allows reprints 48 hours after publication.

Milwaukee’s proposed 25-story Ascent tower sounds like a conventional housing project. Scheduled to open in September 2022, it offers 250-plus apartments with views of downtown Milwaukee and Lake Michigan. But one thing sets it apart from other housing towers in the U.S. — it’s supposed to be the world’s tallest timber tower.

Firms working on timber construction believe that compared to typical construction materialsluch as steel and concrete, timber is easier and cheaper to use, and more durable in the long run. The best part: It could benefit the environment.

“Mass timber construction [a method of using timber for construction] requires 90 percent less construction traffic, 75 percent fewer workers on-site, and is 25 percent faster than traditional construction. All of these reductions factor into reduced emissions associated with the construction process,” Tim Gokhman of New Land Enterprises, the team behind the Ascent tower, said.

While using timber construction to save the environment sounds counterintuitive, an increasing number of timber buildings built in the United States in the past few years are proving otherwise.

Construction is typically one of the biggest sources of carbon emissions. According to the recent Global Status report, building and construction are responsible for more than 35 percent of all carbon emissions in the world, 40 percent in the United States. This number is estimated to nearly double by 2050 as millions of housing and commercial buildings are constructed each year.

To combat such construction emissions, real estate developers and construction companies turn to wood to sequester carbon and enable sustainable housing projects. Explaining how this works, Erica Dodds, CEO of the Foundation for Climate Restoration, says, “Trees remove carbon dioxide from the atmosphere. When trees are then converted into mass timber to use for construction, the carbon is ‘locked-in’ the buildings for decades or even centuries, reducing the amount available in the atmosphere.”

In addition to pulling carbon out of the atmosphere, “mass timber also helps builders avoid emissions-intensive building materials like concrete and steel,” Dodds adds. “Mass timber construction could help us avoid between 14 percent to 31 percent of global annual emissions by preventing the emissions that would occur through the use of concrete or steel in construction.”

Take, for instance, Milwaukee’s Ascent tower. “In using mass timber, Ascent employs a renewable resource,” Gokhman of New Land Enterprises says. “Sustainable forestry is the foundation of the mass timber movement, and it is estimated it would take only 25 minutes of natural growth in the North American forests to replenish the wood [buildings such as] Ascent will use.”

Some advocates suggest well-managed timber sourcing can actually benefit the environment. “With careful forestry management, sustainable timber harvesting can preserve the biodiversity and resilience of forests, making them less vulnerable to pests and wildfires,” says Dodds. “These savings of emissions can more than make up for the risk of reduced CO2 capture by forests.”

For these reasons, timber construction has been popular in European cities for years, and North America is catching up. Today, 1,114 large-scale mass timber housing and commercial projects are in the works across the United States. Many of these are residential projects, offering a sustainable housing alternative to traditional steel construction.

Along with providing an eco-friendly housing alternative, mass timber construction offers a wide range of safety and durability benefits.

“Data shows that mass timber performs as well as or even better than other building materials in fire, earthquake, and wind conditions. In fire tests, mass timber panels char on the outside, forming an insulating barrier that protects interior wood,” Gokhman said.

Weight is another important factor to consider when constructing high-rise residences, Gokhman adds. “Cities around the world are actually slowly sinking. Years and years of urban development that takes into account the weight of a building but not the weight of a block, have contributed to a geological phenomenon called land subsidence.”

That’s where timber construction can help. Using their Ascent project as an example, they add, “Because Ascent is about 1/5th the weight of a concrete building of the same height, we can increase population density with a smaller footprint.”

So, if timber construction is so beneficial, why isn’t everyone doing it?

While timber buildings offer a host of industrial and environmental benefits, some concerns still haven’t been fully ironed out.

First, timber construction uses a lot of trees and there’s little guarantee of officially monitored and ethical wood sourcing. Finding sufficient wood for such large-scale construction projects without compromising the current timber forests can be an economic, ethical and legal minefield. And right now with increasing climate risks, even a small percentage of bad players can pose serious threats to the environment.

Another concern for timber construction developers was the International Building Code (IBC) which limited the construction of tall timber buildings for safety. Conducting the necessary research and getting approvals was a two-year process for Ascent, because the building will exceed the historical height limit for a wooden structure by about 200 feet, Gokhman says. “There were no U.S. precedents, or a roadmap to follow when it came to development, financing, insurance, or procurement.”

Fortunately for timber developers, the code has been amended to allow timber buildings to be built as high as 18 stories, which may explain the recent boom in timber construction. “The [updated] code will better enable for design and construction of tall mass timber buildings up to 18 stories tall, up from six previously,” says Will Gulliver, director of Turner & Townsend, a global real estate development and consultancy firm that recently started working on timber projects.

There’s also an awareness problem. Many developers haven’t considered timber construction simply because they aren’t aware such an eco-friendly alternative to steel and concrete exists.

For instance, even Ascent’s developers didn’t initially realize the spectrum of benefits timber construction had to offer. “Our team was drawn to timber for its beauty and the innate benefits of creating spaces that utilize natural elements,” Gokhman said. “We discovered the myriad of environmental benefits associated with mass timber construction after we had already started working on the project.”

Despite these difficulties, experts such as Gokhman, Dodds, and Gulliver agree the benefits offered by timber construction done right could hugely outweigh the problems. As awareness grows and obstacles subside, it’s a possibility that other states too will embrace timber construction as an eco-friendly alternative to concrete and steel housing.

This story was originally published by Next City. It is republished here as part of the SoJo Exchange from the Solutions Journalism Network, a nonprofit organization dedicated to rigorous reporting about responses to social problems.