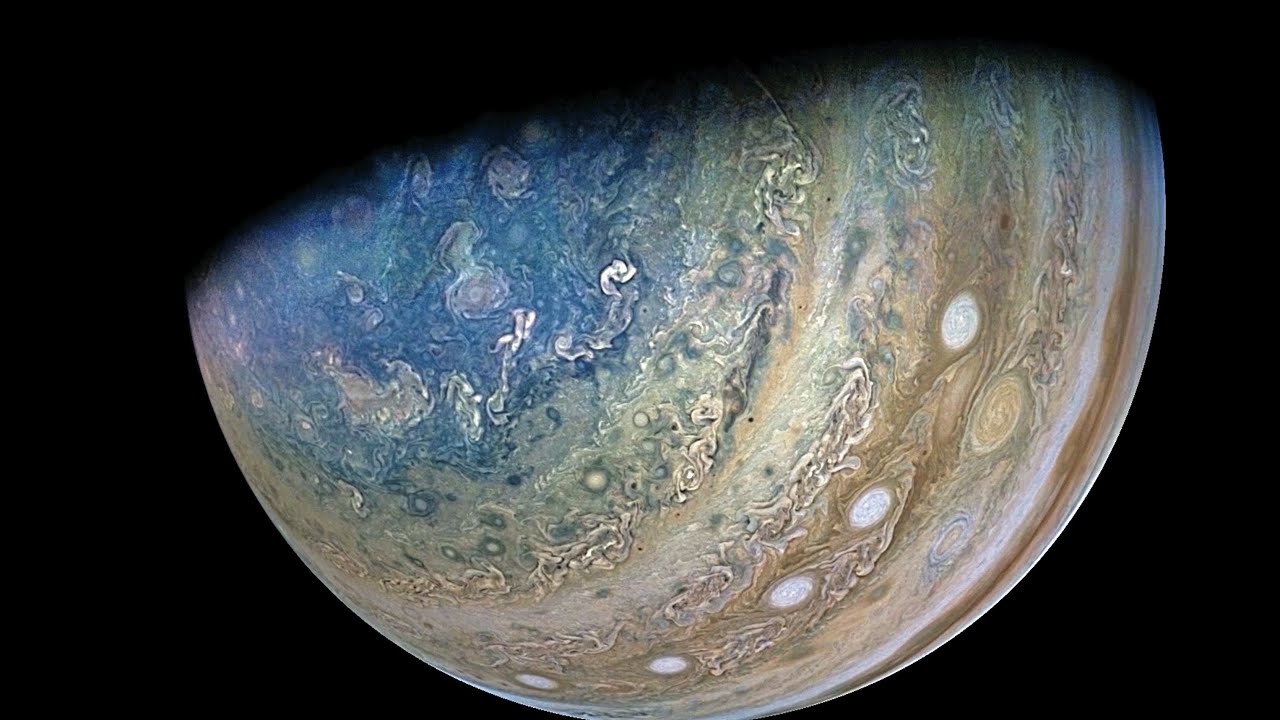 NASA
On June 7, 2021, NASA’s Juno spacecraft flew closer to Jupiter’s ice-encrusted moon Ganymede than any spacecraft in more than two decades. Less than a day later, Juno made its 34th flyby of Jupiter. This animation provides a “starship captain” point of view of each flyby. For both worlds, JunoCam images were orthographically projected onto a digital sphere and used to create the flyby animation. Synthetic frames were added to provide views of approach and departure for both Ganymede and Jupiter.