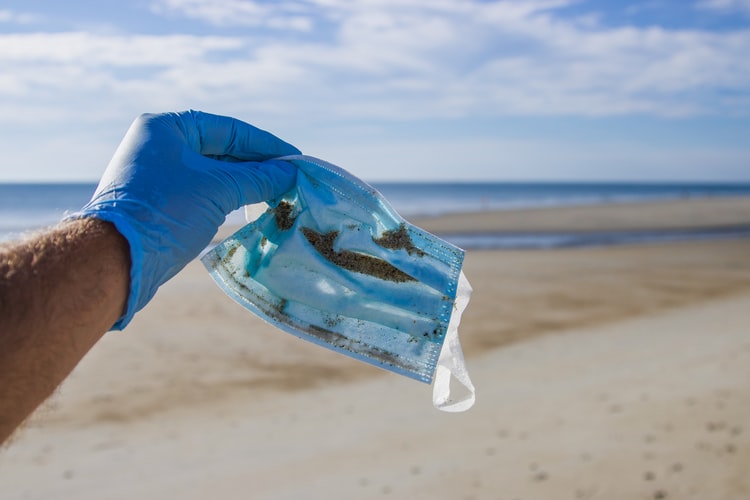 Increased demand for personal protective equipment has exacerbated an already out-of-control global problem, according to a new analysis.

According to a study, plastic garbage from the Covid-19 epidemic measuring 25,900 tons, or more than 2,000 double-decker buses, has spilled into the water. 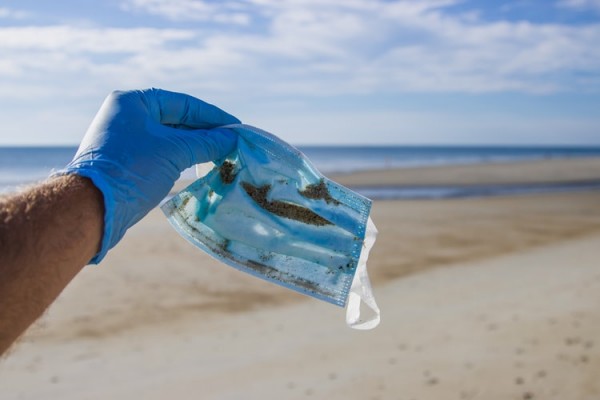 According to the data, an estimated 8.4 million tons of plastic garbage have been created from 193 nations since the start of the epidemic.

“The Covid-19 pandemic has increased demand for single-use plastics, adding to an already out-of-control global plastic waste problem,” wrote Yiming Peng and Peipei Wu of Nanjing University in their paper Magnitude and impact of pandemic-associated plastic waste, which was published online in the journal PNAS.

“The discharged plastics can travel large distances in the water, interact with marine creatures, and cause harm or death,” they warned.

A fish entangled in a medical glove was discovered during a canal cleanup in Leiden, the Netherlands, according to a research published in March. In addition, a PFF-2 protection mask was found in the stomach of a deceased Magellanic penguin in Brazil.

According to the experts, practically all pandemic-related plastics will wash up on the bottom or beaches by the end of the century.

Due to the high degree of mask-wearing by persons in Asia, the Chinese investigation discovered that 46 percent of the mismanaged plastic garbage came from there, followed by Europe with 24 percent and North and South America with 22 percent.

According to Peng and Wu’s analysis, hospitals accounted for 87.4 percent of the extra trash rather than individual consumption. In addition, individual PPE usage accounted for just 7.6% of the total, with packaging and test kits accounting for 4.7 percent and 0.3 percent, respectively.

“The majority of the plastic comes from hospital garbage, which dwarfs contributions from personal protective equipment and online-shopping package material,” they stated.

“This is a long-term issue for the maritime ecosystem, with the majority of it accumulating on beaches and coastal sediments.”

Thousands of tonnes of masks, gloves, testing kits, and face visors were transported in 369 main rivers from the beginning of the epidemic until August of this year.

PPEs Thrown in the Ocean 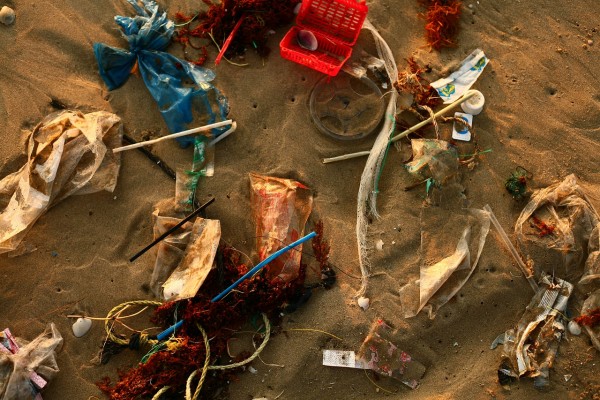 (Photo : Pixabay)
There is no accurate data on the actual estimates of COVID waste turning up in beaches and oceans worldwide. However, evidence abounds that the current pandemic is currently washing up plastic waste such as empty alcohol and hand sanitizer bottles, and personal protective equipment (PPE) such as latex gloves and disposable masks in the world’s beaches and oceans.

In south-eastern Iraq, the Shatt al-Arab river discharged 5,200 tons of PPE trash to the sea; the Indus river in western Tibet carried 4,000 tons, and the Yangtze river in China carried 3,700 tons. The Danube delivered the most plastic epidemic garbage into the ocean in Europe, at 1,700 tons.

The top ten rivers accounted for 79% of pandemic plastic emissions, the top twenty for 91%, and the top 100 for 100%. According to the survey, Asian rivers accounted for around 73 percent of the discharge, followed by European watercourses (11%), with modest contributions from other continents.

The scientists stated, “These findings identify the hotspot rivers and watersheds that demand special attention in plastic waste management.”

“We discover that the pandemic-related trash discharge in the worldwide ocean has a long-term impact.” The model predicts that practically all pandemic-related plastics will wind up in the seabed (28.8%) or on beaches (70.5%) by the end of the century.

According to the scientists, the findings demonstrate that better medical waste management is required in pandemic epicenters, particularly in poor nations.