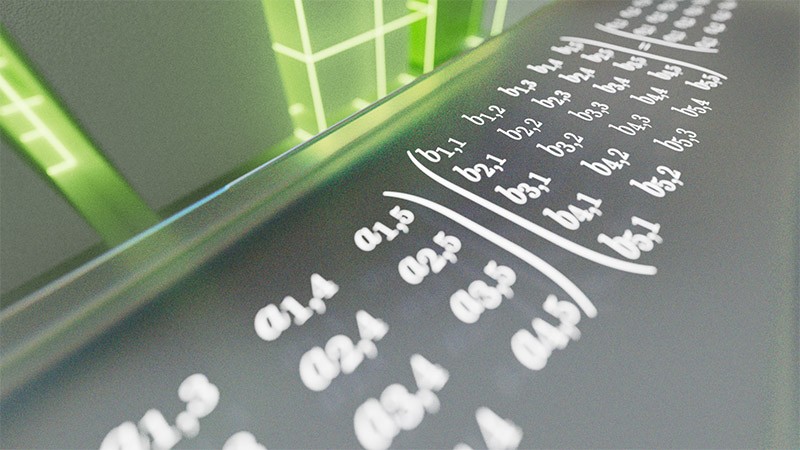 An artificial intelligence (AI) developed by machine-learning company DeepMind in London has tackled a type of calculation called matrix multiplication.

The system — called AlphaTensor — leverages the skills that DeepMind’s game-playing AIs use to beat human players at games such as Go and chess. Matrix multiplication is a widely used mathematical technique that involves multiplying numbers arranged in grids, or matrices, that might represent sets of pixels in images, air conditions in a weather model or the internal workings of an artificial neural network.

AlphaTensor broke ground by finding shortcuts to solve these problems with fewer steps (A. Fawzi et al. Nature 610, 47–53; 2022). The same general approach could have applications in other kinds of mathematical operation, its developers say, such as decomposing complex waves or other mathematical objects into simpler ones.

Analysis of more than 100,000 SARS-CoV-2 genomes collected in Africa reveals that most variants were imported into Africa more often than they were exported from the continent (H. Tegally et al. Science 378, eabq5358; 2022).

The collection of genomes enabled the study’s authors to map when and where variants were introduced into Africa. The researchers found, for example, that although the Omicron subvariant BA.1 was exported from Africa at least 54 times, it was imported at least 69 times from Europe and 102 times from North America (see ‘Virus on the go’). These import events brought the variant to African countries outside of southern Africa, says study co-author Eduan Wilkinson, a bioinformatician at Stellenbosch University in South Africa.

Overall, the team’s analyses indicated that most SARS-CoV-2 variants were introduced into Africa from other parts of the world more often than they were transported out. “The ironic part was that Africa was punished a few times from discovery of variants,” says study co-author Tulio de Oliveira, a bioinformatician also at Stellenbosch University. “But a great majority of the variants, including most of the introductions of Omicron, did not come from Africa.”

For years, evidence has been mounting that bacteria are linked to cancer. Now, researchers have found a similar connection with another type of microorganism: fungi.

Tumours of various cancers contain different species of microscopic fungus, and investigating the species that are present might one day be useful for diagnosing cancer or predicting its course.

Researchers catalogued fungal populations in more than 17,000 tissue and blood samples representing 35 types of cancer. They found that some fungal species were linked to different outcomes, depending on the cancer. For example, the presence of Malassezia globosa was linked to significantly reduced survival rates in breast cancer (L. Narunsky-Haziza et al. Cell 185, 3789–3806; 2022).

Another study looked at gastrointestinal, lung and breast tumours, and found that they tended to contain Candida, Blastomyces and Malassezia fungi, respectively (A. B. Dohlman et al. Cell 185, 3807–3822; 2022).

Although the studies suggest an association between fungal species and certain cancers, they do not show whether or not the fungi are directly responsible for cancer progression.