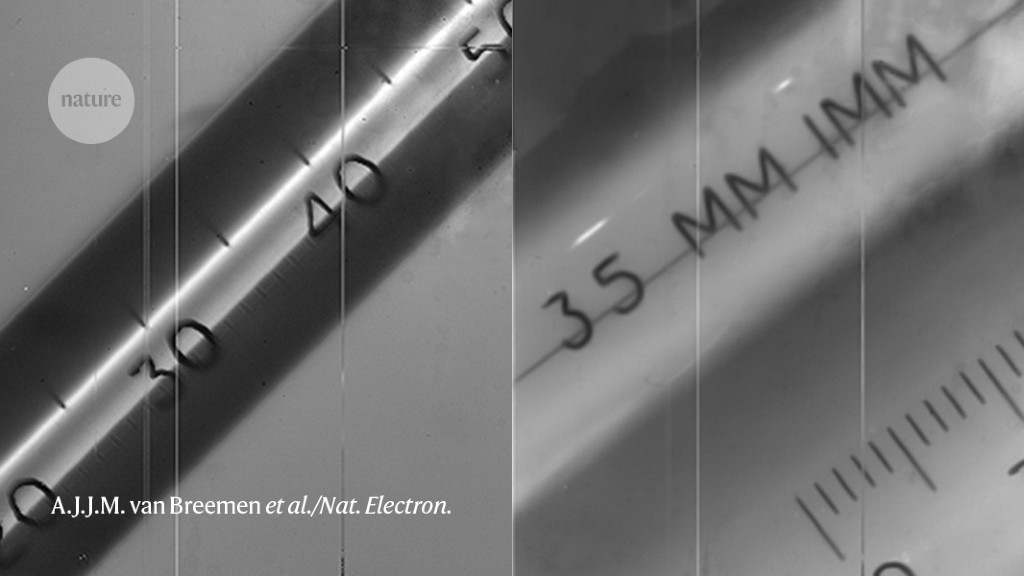 A high-resolution scanner roughly as thick as a human hair can be wrapped around objects about 1 centimetre in diameter, allowing it to image fingerprints as well as documents1.

Crystalline materials called metal halide perovskites have excellent optical and electronic properties, which make them useful for solar cells, lasers and light detectors. But it has been difficult to produce flexible, high-resolution scanners based on these materials.

Albert van Breemen at the Dutch Organization for Applied Scientific Research in Eindhoven, and his collaborators have now created such a device, which relies on an array of metal-halide-perovskite light sensors. To make them, the team fabricated a plate consisting of thin, flexible transistors that are typically used in high-resolution computer monitors. The plate was then coated with a metal-halide-perovskite-containing solution.

The researchers suggest that the resulting wrap-around device could be embedded in mobile phones and door handles for fingerprint authentication, and might have applications in medical imaging, surveillance and optical communication.