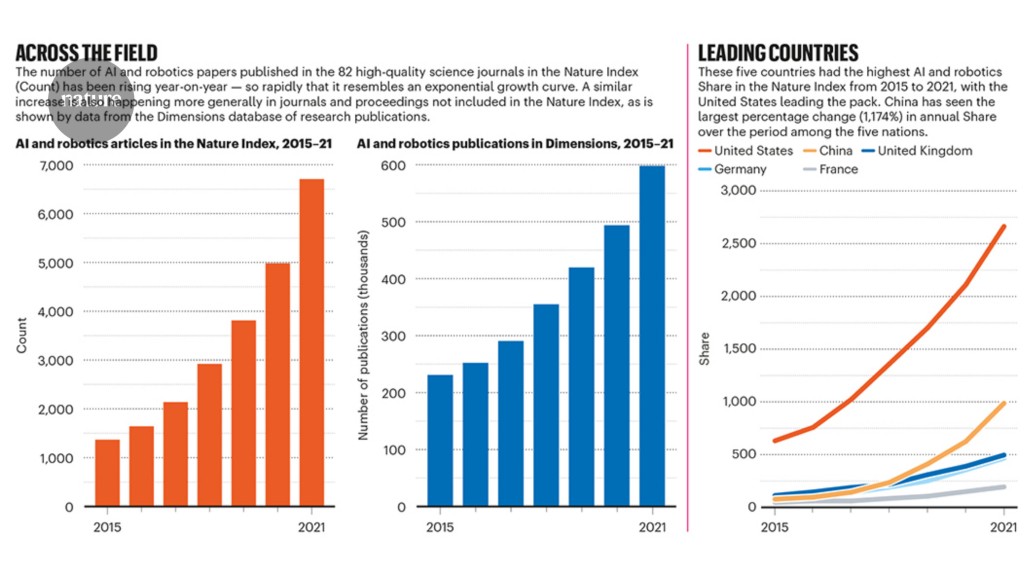 It may not be unusual for burgeoning areas of science, especially those related to rapid technological changes in society, to take off quickly, but even by these standards the rise of artificial intelligence (AI) has been impressive. Together with robotics, AI is representing an increasingly significant portion of research volume at various levels, as these charts show.

The number of AI and robotics papers published in the 82 high-quality science journals in the Nature Index (Count) has been rising year-on-year — so rapidly that it resembles an exponential growth curve. A similar increase is also happening more generally in journals and proceedings not included in the Nature Index, as is shown by data from the Dimensions database of research publications.

Five countries — the United States, China, the United Kingdom, Germany and France — had the highest AI and robotics Share in the Nature Index from 2015 to 2021, with the United States leading the pack. China has seen the largest percentage change (1,174%) in annual Share over the period among the five nations.