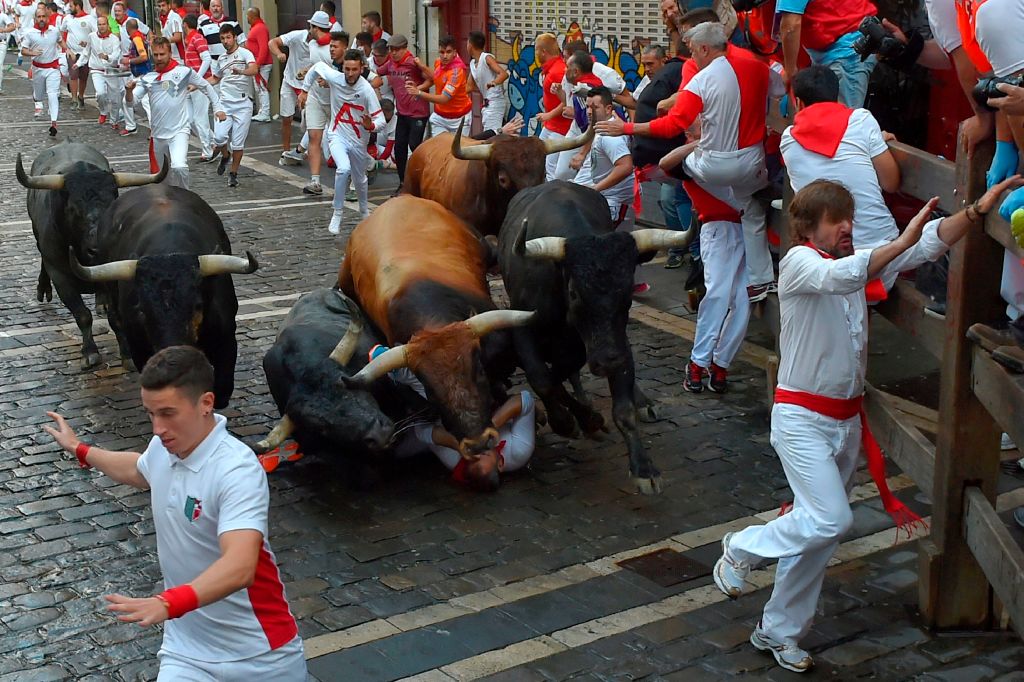 A 55-year-old man attending a Fira de Onda festival in eastern Spain bled to death after getting ran over and gored down by a bull. The fatality was the first to be recorded in the country since COVID-19 restrictions were relaxed and bull running have resumed after hiatus during summer.

The town’s council said on Saturday that the man was attacked repeatedly and attempts to entice the animal away has not succeeded. Unfortunately, the man’s left thigh perforated an artery causing his immediate death in a hospital near the town of Villarreal. He reportedly sustained head injury as well.

The council of Onda cancelled further plans for bull running, while other events continue. 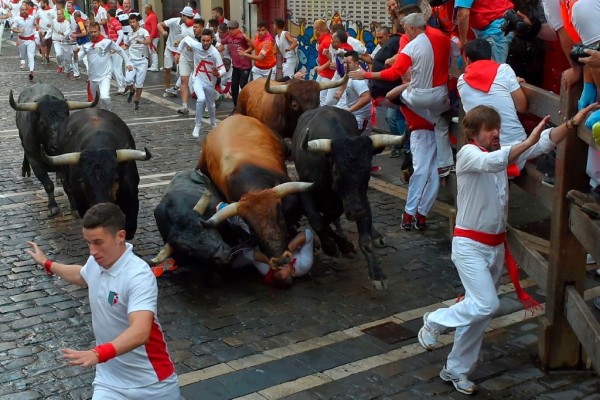 (Photo : Photo credit: ANDER GILLENEA/AFP via Getty Images)
Miura fighting bulls run over a reveller on the last bullrun of the San Fermin festival in Pamplona, northern Spain on July 14, 2018. – Each day at 8am hundreds of people race with six bulls, charging along a winding, 848.6-metre (more than half a mile) course through narrow streets to the city’s bullring, where the animals are killed in a bullfight or corrida, during this festival dating back to medieval times and also featuring religious processions, folk dancing, concerts and round-the-clock drinking.

Bull running has been a traditional event held in Spain but also poses grave danger to people. Over the past seven years, 17 people had been killed by this event, with 2015 being the worst year with seven deaths.

The ‘bous al carrer’ (running bulls) event in Valencia region of eastern Spain is being celebrated throughout the month of August, but was held later this year following the relaxation of COVID-19 restrictions.

In the events, bulls are normally set free in a sectioned-off part of a town to show the locals what it is like to face wild beasts. In the afternoon prior to the event, testing is performed with cows or untamed bull before the big night entry.

These events are held by around 300 towns in eastern Spain every year.

Frowned upon by non-locals

It is tradition in these towns that bulls are released in different portions during the event and participants run in front of the herd.

Many have questioned the morality of such event, usually by outsiders who have not lived through the same belief and tradition. Many have also alleged that bulls are treated unfairly to create a twist and more entertaining event.

In addition to human fatalities, bulls are also violently killed in bullrings across Europe, as they taunt, exhaust, and stab each other. They are generally used in bullfights later the same day until they are weakened from blood loss or get paralyzed.

It has been widely debated that the violence of such events is uncalled for and the government must end it completely. In fact, 93% of 16-to-24-year-olds in Spain say they don’t support bullfighting, and around 100 towns have banned it.

When Catalonia banned bullfighting in 2010, Spain’s top court overruled the ban in 2016 noting that “authorities generally could regulate such public spectacles, and even ban them, but in this case the national parliament’s ruling that bullfighting is part of Spain’s heritage must prevail.”

Despite of occasional casualties and opposition from animal rights groups, the racing of bulls or cows remains a popular tradition.

Two more people were reported to have gotten injured during a similar bull-run in another town.