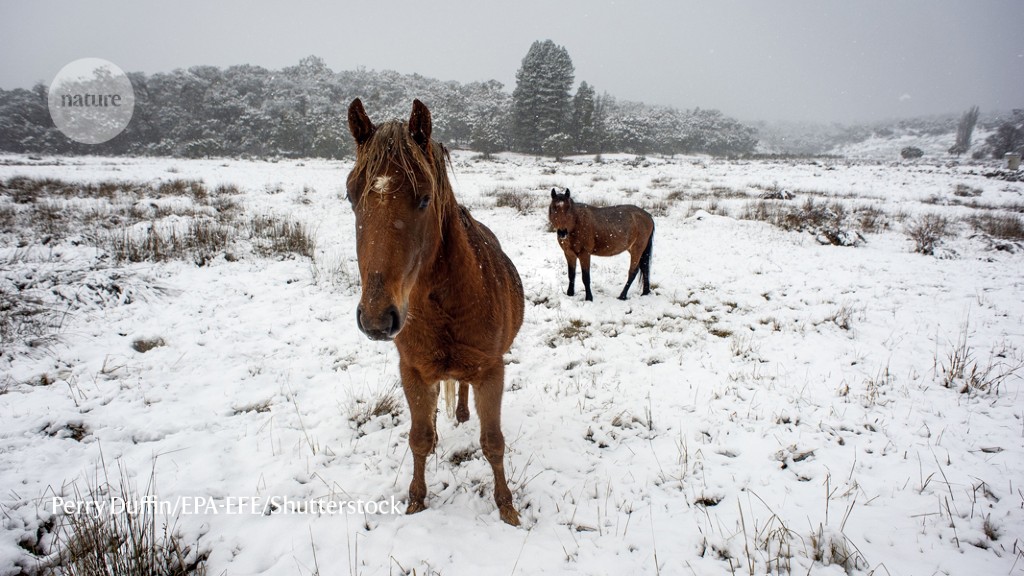 Up to 10,000 feral horses might be killed or removed from Australia’s largest alpine national park under a draft plan to control the rapidly growing population of non-native animals. Scientists have welcomed the idea of removing them, but are alarmed that the plan still allows for thousands to remain, threatening endangered species and habitats.

The proposed cull, in Kosciuszko National Park, New South Wales (NSW), contrasts with a ban on lethal control measures in the United States, where large populations of wild horses known as mustangs also cause problems. 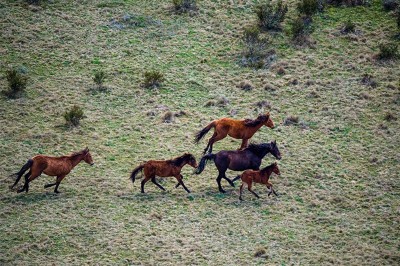 The draft plan, released last month, recommends reducing the park’s population of wild horses, known in Australia as brumbies, from an estimated 14,000 to about 3,000 through a combination of mostly ground-based shooting, as well as rounding up and rehoming.

But the Australian Academy of Science argues that the number of horses should be rapidly reduced below 3,000. In an open letter with 69 signatories including scientists and institutions sent to the NSW environment minister on Friday, they note that “alpine wetlands continue to degrade even with very small numbers of feral horses. Kosciusko cannot begin to recover from drought, extensive bushfires and overgrazing if, as currently proposed, 3,000 feral horses remain.”

Researchers say the draft plan capitulates to a small but vocal group that has lobbied the government to protect horses because of the animals’ heritage value. The plan would allow the remaining brumbies to roam over one-third of the park. That would include threatened alpine sphagnum bogs and the habitats of endangered and vulnerable species such as a fish called the stocky galaxias (Galaxias tantangara), the alpine tree frog (Litoria verreauxii alpina) and the broad-toothed rat (Mastacomys fuscus).

Australia has no native mammals with hard hooves, and so horses do more damage to delicate vegetation and soils than soft-footed species, such as kangaroos and wallabies, as well as creating problems through over-grazing. 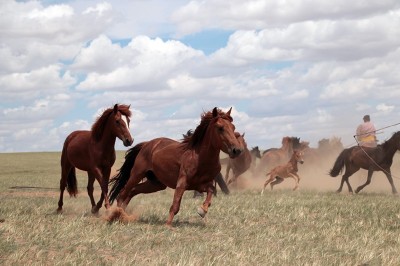 David Watson, an ecologist at Charles Sturt University in Albury–Wodonga — which straddles NSW and the neighbouring state of Victoria — says the NSW government “couldn’t have picked a worse place” to allow feral horses to roam. He makes the point that Australia’s alpine environment covers just 1% of the continent and has many endemic and threatened species that are found nowhere else.

“These areas are just too fragile to have large herbivores trampling around in them,” adds Don Driscoll, an ecologist at Deakin University in Melbourne.

Management of feral horses has been a long-running issue in Australia’s mountainous alpine region, which extends across three states. The Australian Capital Territory, which shares a border with Kosciuszko National Park, has a zero-tolerance approach to feral horses and uses methods including aerial shooting.

Victoria also shares an alpine border with New South Wales, but its latest management plan, released on 1 November, recommends using culling and other measures to remove all feral horses in the most delicate alpine environments, and the steady reduction of numbers elsewhere.

The NSW state government had previously tried to control the brumbies by rehoming them on private land, but was never able to find a place for more than a few hundred horses a year, rehoming only about 1,000 since 2002. Jamie Pittock, an environmental scientist at the Australian National University in Canberra, says that the government’s acknowledgement that the exponentially growing population cannot be managed with rehoming alone is at least “a step forward”.

But Watson says that 3,000 horses would breed rapidly enough that 1,000 would still need to be removed or killed every few years, meaning that even a small population will create a continuing headache in terms of damage to the park and removal requirements. 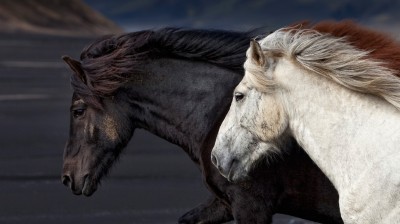 A spokesperson for the NSW National Parks and Wildlife Service said the proposed target of 3,000 horses would maintain the “environmental values of the park” and that removing horses from two thirds of the park would provide “effective protection” for threatened species. They did not respond to Nature’s specific questions about scientists’ criticisms of the draft plan.

The United States is grappling with similar issues with mustangs in national parks, says ecosystem scientist John Derek Scasta at the University of Wyoming in Laramie. “The goal is to get within an agreed-upon number of horses that are sustainable,” he says, but not everybody agrees on what that number is.

Because legislation bans culling, the US Bureau of Land Management instead relies on rounding up, sterilization, rehoming or paying to keep the horses on either private or federal holdings. But Scasta says rising numbers, and the costs of looking after them, might mean the United States has to face its own reckoning with wild horses in the not-too-distant future.

The fluoride wars rage on

Toy Figurines | How It’s Made
Have We Contaminated the Moon?
Virgin Orbit bullish on national security launch
OPEC member calls for calm after U.S. pressure to pump more oil
Adopting as academics: what we learnt