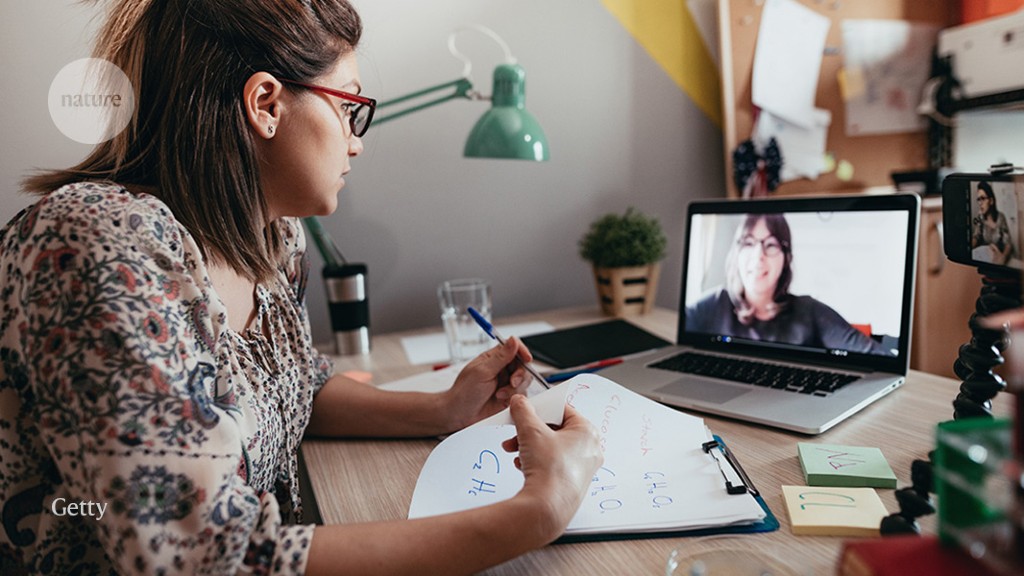 Around one-third of scientists who supervise doctoral students say they have lost sleep during the pandemic because of their role, according to a poll of almost 3,500 research supervisors in the United Kingdom. Two-thirds said that their supervision responsibilities had increased over this time, with many wanting more support to address the well-being and mental health of their PhD students.

Researchers say that not enough is known about how the supervisory process affects those offering the guidance, because until now most research has focused on the perspective of students.

Yet significant changes, affecting both supervisors and students, have been made to the PhD supervision process during the pandemic, says Ronny Gunnarsson, who researches medicine and public health at the University of Gothenburg in Sweden. “Many supervisors and PhD students have suffered emotionally from the lack of on-site meetings,” he says, a problem exacerbated by the loss of informal coffee-break-style chats that often resolve difficulties.

There are currently about 22,000 PhD supervisors at UK universities, estimates the UK Council for Graduate Education (UKGCE), a charity based in Lichfield. To better understand the pressures and expectations supervisors face, both before and during the pandemic, the UKGCE launched a survey in May 2021 that was partially funded by the biomedical charity Wellcome and by the government agency UK Research and Innovation.

Around 15% of the country’s research supervisors responded to the survey, according to the resulting report, published last month. In general, supervisors enjoyed and valued their role, with more than 80% saying it increased the quality of their own research, and three-quarters saying they were satisfied with their own effectiveness in the role.

But respondents also revealed the challenges they faced generally as supervisors (see ‘Demands of supervision’), and more specifically during the COVID-19 pandemic.

More than one-third agreed with the statement “concerns over supervision have kept me awake at night over the last 12 months”, with a similar proportion agreeing that, over the same period, “supervising doctoral candidates makes me feel anxious”.

Richard Freeman, who researches doctoral education at University College London, says the power dynamic between student and supervisor makes the relationship complicated, particularly at the start.

“PhD research needs to make an original contribution to knowledge, but that carries with it uncertainties as to whether the research will be successful, with the risk of blind alleys,” he says.

Researchers believe a number of aspects of the relationships between supervisors and students have become more fraught during the pandemic.

Christopher Madan, a neuroscientist at the University of Nottingham, adds that supervisors might have shouldered more of the burden of the disruption to and uncertainty about research projects as a result of the pandemic and lack of access to university campuses due to health restrictions (see ‘Refocusing research’).

“The supervisor had to step up and suggest new plans, perhaps using methods that they are less experienced with,” he says. “From a supervision perspective, pivoting research methods to balance PhD timelines and provide opportunities is an anxiety-inducing challenge.”

“Like everyone, supervisors and PhD students have faced the stresses of living with COVID. It’s been incredibly challenging for some PhD work,” adds Freeman.