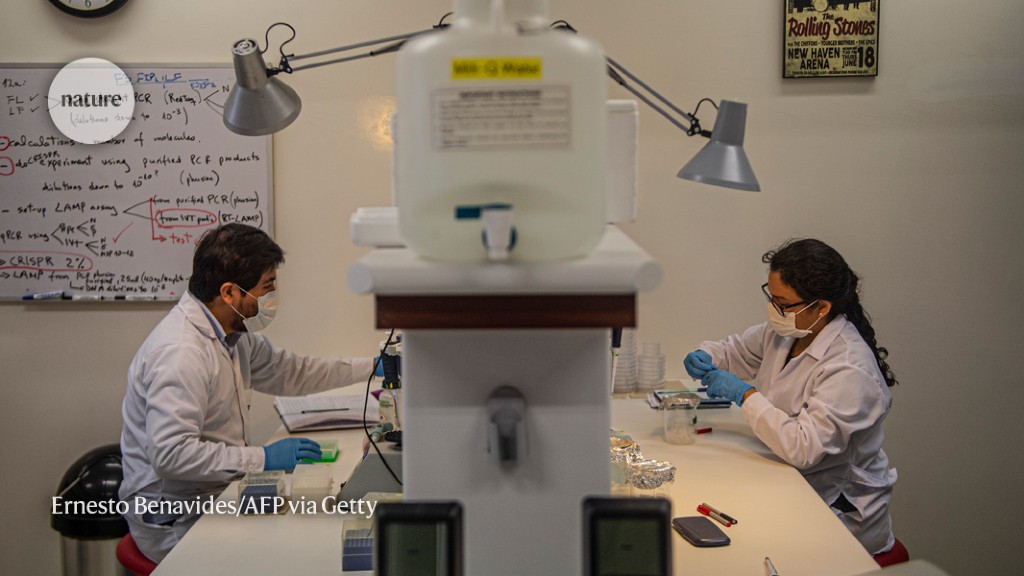 The COVID-19 pandemic has seriously dented the productivity and mental health of researchers, according to two studies that surveyed scientists in Europe and the United States, although researchers may be showing early signs of recovery from the disruptions.

The full impact of the pandemic could take years to be felt across academia, and researchers studying the problem warn that measures are urgently needed to support the scientists most acutely affected by disruptions, especially women, parents of young children and people of colour.

“The worst may be yet to come,” says network-science researcher Dashun Wang at Northwestern University in Evanston, Illinois, who led a study that involved two polls of a total of nearly 7,000 principal investigators, conducted nine months apart1.

When the first poll was conducted in April 2020, in the early stages of the pandemic, scientists were already spending significantly less time on research than prior to the pandemic. But in January 2021, when Wang’s team conducted another poll of researchers, they found that this effect had largely abated (see ‘Productivity problems’).

The more recent poll also found that research output fell for many researchers last year, compared with 2019. Scientists who do not work on COVID-related projects reported that their new publications and submissions dropped by 9% and 15% during 2020, respectively.

More troubling, says Wang, is that scientists overall launched fewer research projects in 2020, with an average drop of 26% compared with 2019.

“It’s the generation of those new projects that is so important,” says Reshma Jagsi, an oncologist at the University of Michigan in Ann Arbor. Fewer fresh ideas could snowball into fewer publications and funding opportunities further down the line, she says.

And although scientists who conduct COVID-19-related research saw a 15% increase in new collaborators in 2020 compared with 2019, other scientists experienced a dip of 32%. This might only show up in the publication record three or four years from now, says Wang, because of the time it takes for fresh collaborations to generate papers.

Psychological factors could also be at play in the drought of new ideas. When dealing with crises, Wang says, “We have this kind of tunnel vision, trying to focus on one thing instead of looking more broadly and creatively.”

The results of another survey, released last month2, paint a bleak picture of the mental health of university staff in the United Kingdom, which researchers say could be affecting scientists’ enthusiasm to start new projects and collaborations (see ‘Optimism stunted’).

Two thousand staff at UK higher-education institutions were surveyed in March and April this year on behalf of Education Support, a London-based charity focusing on the mental health of education professionals. Nearly two-thirds reported feeling emotionally drained — a measure of burnout — at least once a week, and more than one-quarter said they felt that way every day.

Work, particularly around teaching online, has intensified and pressures have increased for many academics, says psychologist Siobhan Wray from the University of Lincoln in the UK, a co-author on the report.

“If people are facing so much anxiety and stress and their mental health is not good, it’s not the ideal circumstance to be dreaming up one’s most innovative, high-impact, rigorous research-study designs for the next year,” says Jagsi.

Another analysis3 by Wang and his colleagues of the 2020 survey data, published in July 2020, found that the negative impacts of the pandemic were disproportionately affecting female scientists and scientists with young children, with time being diverted to caring for kids.

The gender gap has turned up in several other studies. An analysis of manuscripts4 submitted to more than 2,000 journals published by Elsevier, based in Amsterdam, found that women submitted proportionally fewer manuscripts than did men from February to May last year, despite a flurry of publishing activity at that time — submissions to Elsevier journals jumped by 30% compared with the same period in 2019.

A study of Brazilian academics5 also found that being either a mother or a scientist of colour compounded the effects of the pandemic on productivity. Black female researchers with children were therefore those hit hardest in April and May 2020, submitting less than half of the papers they had planned to, whereas white men with no children experienced little impact on planned submissions.

“We expected to see gender and also parenthood effects, but the racial effect was surprising for us,” says Fernanda Staniscuaski, a molecular biologist at the Federal University of Rio Grande do Sol in Porto Alegre, Brazil, who led the study. She suspects that Black scientists in Brazil and elsewhere may often be more academically isolated – and become more-so during the pandemic, thereby missing out on the benefits of being part of well-connected professional networks.

Staniscuaski warns that without plans to help the worst-affected researchers recover from the pandemic’s repercussions, some could enter a “vicious cycle” of fewer publications and career opportunities in years to come.

When you recommend someone for an opportunity, follow through