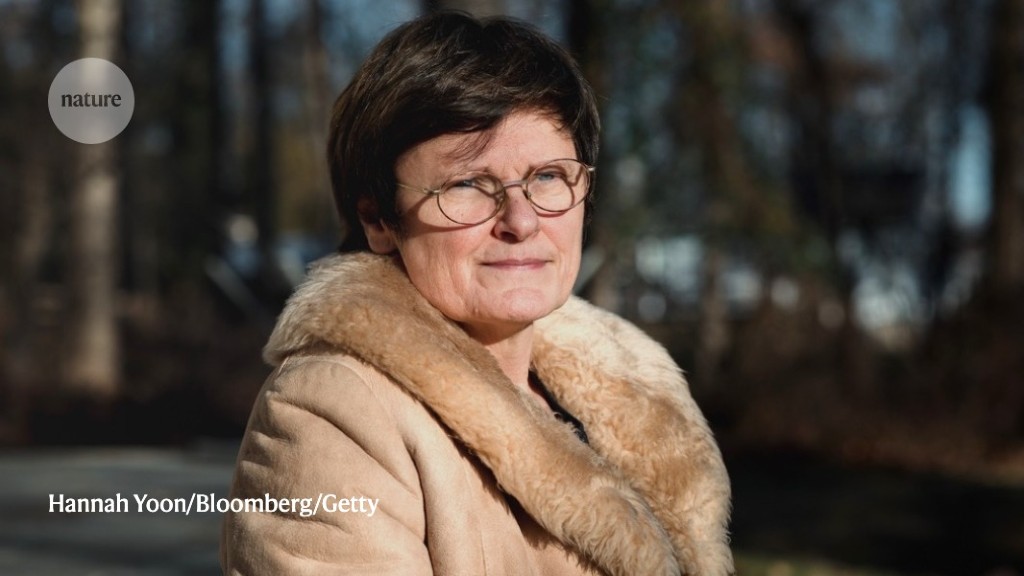 The First Shots: The Epic Rivalries and Heroic Science Behind the Race to the Coronavirus Vaccine Brendan Borrell Mariner (2021)

A Shot to Save the World: The Inside Story of the Life-or-Death Race for a COVID-19 Vaccine Gregory Zuckerman Portfolio (2021)

It is almost two years since the first cases of SARS-CoV-2 emerged in hospitals in Wuhan, China. In that time, the virus has left a trail of devastation across the planet. The death toll is estimated at between 10 million and 19 million, according to the unique model of excess deaths built by The Economist magazine. Were it not for the extraordinary invention of COVID-19 vaccines, these grim numbers would be higher still.

The race to create those vaccines involved many people. But it started with one: virologist Zhang Yongzhen at Fudan University in Shanghai, China. On 3 January 2020, a metal box arrived in his laboratory. Inside, packed in dry ice, was a sample taken from a person with pneumonia in Wuhan. After 40 hours of labour, he and his colleagues had worked out the genetic sequence of the virus that was responsible for the outbreak. It was a coronavirus. He knew exactly what that could mean. 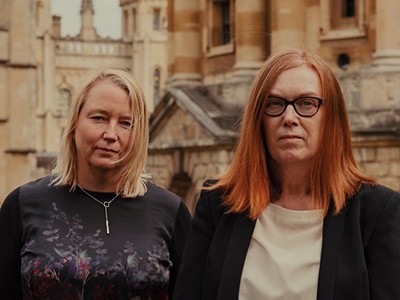 The COVID vaccine makers tell all

Zhang was not the first to sequence SARS-CoV-2, but he agreed to the first release of the data. He didn’t ask for permission to do so. Nor did he wait until the sequence was published as a paper (F. Wu et al. Nature 579, 265–269; 2020). Instead, it was deposited on the public website Virological.org on 11 January, kick-starting a global chase for vaccines. That effort, unlike any the world had ever seen, saw billions of public and private dollars invested at risk. Now, two books follow key runners in the great vaccine race of 2020 in quite different ways — one close up, one wider angle. Taken together, they give a flavour of some of the people and technologies that stepped up when it mattered the most, and the politics that smoothed or blocked their paths.

In First Shots, journalist Brendan Borrell relates how the US government, and academics at the US National Institutes of Health (NIH), advanced national vaccine development — particularly that using messenger RNA to prompt cells to make antibodies that fight off the virus, in partnership with the biotechnology company Moderna, based in Cambridge, Massachusetts. Beyond vaccines, there are entertaining digressions into the tortuous US public-health response, the outbreak on the cruise ship Diamond Princess, ventilator shortages, US efforts to obtain a supply of masks, and more. One delightful detail features then-president Donald Trump: “Did you see my tweet?” he barks to underlings. “Why hasn’t the FDA approved convalescent plasma?”

Borrell’s book shines in his absorbing account of how, against the odds, the government-backed public–private vaccine-development plan — Operation Warp Speed — arose from the primordial sludge of pandemic policymaking inside the Trump White House. After all, this was an administration that got just about everything 180° wrong on the pandemic and the virus — and, at times, seemed to be at war with science and scientists.

The epic rivalries mentioned in the book’s subtitle are largely down to the egos in an alphabet soup of US government departments and other factions. There are some intriguing minutiae. Early on, a structural biologist — hoping for an inside line on the unpublished genetic sequence of SARS-CoV-2 — is reputed to have griped when it was uploaded: “Everyone has it now.”

Yet the pursuit of COVID-19 vaccines is not solely a US story. It is an international one. It also has roots, for example, in the mRNA work of husband-and-wife team Uğur Şahin and Özlem Türeci at the firm BioNTech in Mainz, Germany, which partnered on a vaccine with Pfizer, based in New York City. It is in covering these global angles that First Shots comes up short. Borrell’s stateside characters, such as Michael Callahan, a US doctor who travelled to Wuhan in mid-January to witness the devastation in the local hospitals, or vaccine designer and public-engagement star Kizzmekia Corbett are well-drawn and metaphorically square-jawed. That the rights to the book were sold to television channel HBO in July 2020 might have coloured the way the story is told. British scientists, for example, appear as a “standoffish bunch”.

The characterization of University of Oxford vaccinologist Sarah Gilbert is a case in point. Gilbert co-created the adenovirus-based vaccine that the university developed with AstraZeneca, based in Cambridge, UK, and that is now for sale at low cost around the world. Skirting her leadership role, Borrell alights on the detail that the reserved scientist made an appearance in Vogue magazine wearing an Armani blouse and Manolo Blahnik boots. He chooses not to pursue the deeper question of why she might be in an article on the “women shaping 2020”. Gilbert certainly found the press attention overwhelming, and initially did not welcome interest in her as a ‘woman’ scientist. Over time, she has come to accept that she is a role model, co-authoring her own book (see Nature 596, 29–30; 2021).

A fuller appraisal of how the world managed to create the 20 or so vaccines that have received limited or full approval so far was always going to be a tall order. In A Shot to Save the World, Gregory Zuckerman, a business reporter for the newspaper The Wall Street Journal, looks at more of the key vaccines, and takes a broader historical perspective, giving an assured account of the research, the ideas and the personalities.

Like many great scientific tales, the story features serendipity, failures, tenacity, frustration and temper tantrums. It meanders through the decades-deep origins of the idea of making better recombinant proteins in insect cells. It charts long years of thankless work by Katalin Karikó, latterly at BioNTech, and others, in overcoming the challenges of working with unstable and tricky mRNA molecules. (Karikó and her colleagues’ mRNA triggered worrying immune responses when first injected into mice.) The book also relates the growing pains of the adenoviral approach: in 2007, an HIV vaccine using this technology was found to make participants more likely to be infected, not less. 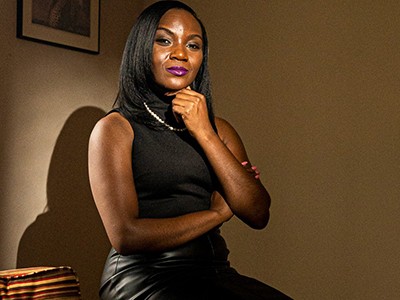 Driving this narrative is a strong cast. Stéphane Bancel, the French chief executive of Moderna, emerges as rude and pushy, telling staff: “Fifty percent of you won’t be around in a year.” At BioNTech, meanwhile, Şahin and Türeci have a work ethic that sees them getting married in their lunch break, and celebrating a new piece of data about efficacy with a 30-minute walk. Over at Oxford’s Jenner Institute, director Adrian Hill is painted as overbearing, determined and caustic. Zuckerman relates verbal lashings such as, “That is the most ignorant thing I’ve ever heard.” Some close colleagues are more affectionate, describing Hill as a “Marmite personality” — the sharp taste that one either loves or hates. For anyone who works at the bench, it will come as little surprise that some of these brilliant minds are obsessive, rude or quirky. That is not to excuse bad behaviour. But this is the context in which to view characters who have been thrown into the spotlight. We should not expect them to be heroes from central casting.

Zuckerman dives deeply into a key historical moment. He gives a superb account of the misery of Pfizer executives on the morning of 8 November 2020, a Sunday, as they wait for hours for the results of their phase III clinical trial, the first from any of the vaccine candidates. They squirm in a conference room, wearing black masks printed with “Science Will Win”. Eventually, Kathrin Jansen, Pfizer’s head of vaccine research calls with news that the jab works: “We made it … we won.” The room erupts with cheers and yelling. Boss Albert Bourla screams, “I love you!” to his colleagues.

That emotion rolled out over the world the following morning, when the news was released. At The Economist, my editor picked up the message during our main Monday editorial meeting on Zoom. “Is 90% efficacy good, Natasha?” she asked me. “It’s fucking amazing. Absolutely amazing,” I blurted, feeling a wave of relief and joy. The data came from an interim analysis; the number later improved to 95%. 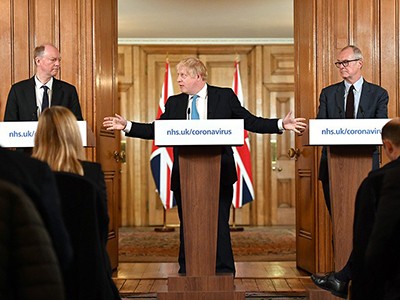 Pfizer’s result was proof that the gamble on an entirely innovative vaccine had paid off better than anyone dared to hope. It was also evidence that the idea of stimulating immunity against the coronavirus’s ‘spike’ protein was a good one — something that augured well for many other vaccines. Today, as we battle the woes of resistance and distribution, it remains a special moment of hope and of promise.

Neither book tackles the non-Western vaccines; their stories are not easy to tell. But they should be told. The first COVID-19 vaccines did not come from the West at all. In August last year, the Russian vaccine Sputnik V was authorized for use. Shortly after that came the Chinese vaccines CoronaVac and Sinopharm. These approvals came before the completion of large-scale trials and were seen as ethically dubious and foolhardy.

Yet Chinese vaccines came to the rescue of middle- and low-income countries. China exported early on, and in large quantities. So far, it has sent about 1.1 billion doses to more than 120 countries and territories. By contrast, the US has had a more ambivalent international role. Only in the past few months has it started to donate vaccines; by 21 October, it had given 206 million doses.

Perhaps it is understandable that the messy geopolitics and nationalism that has bedevilled the equitable distribution of vaccines around the planet are not part of either book. That, as they say, is another story — one that is still tragically unfolding.

The author declares no competing interests.

The search for people who never get COVID

An mRNA vaccine industry in the making

What COVID vaccines for young kids could mean for the pandemic

Rhino puzzle and China’s COVID vaccines — the week in infographics

Metabolic modulation of tumours with engineered bacteria for immunotherapy