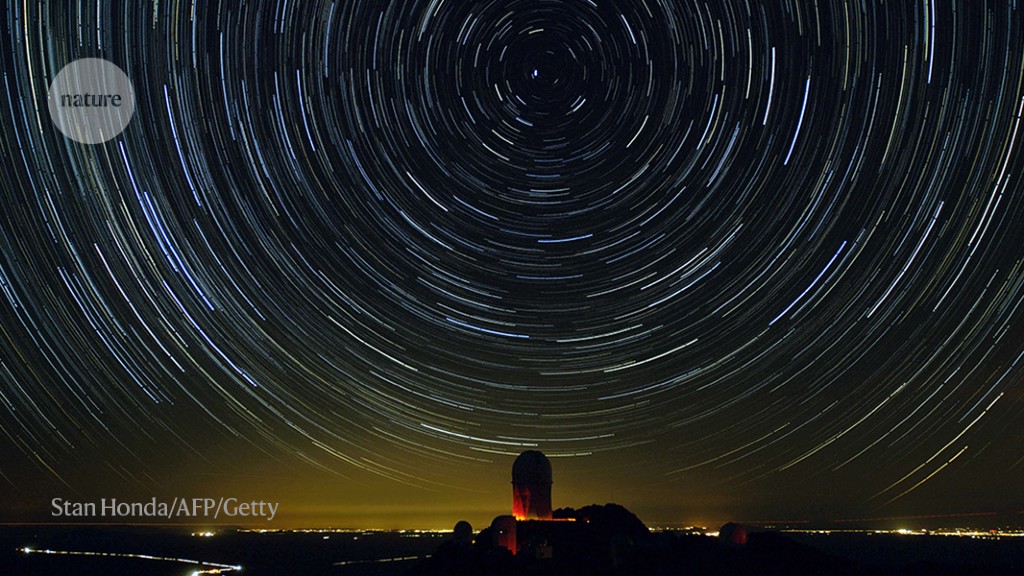 A long-anticipated road map for the next ten years of US astronomy is here — and it’s nothing if not ambitious.

It recommends that NASA coordinate, build and launch three flagship space observatories capable of detecting light over a broad range of wavelengths. It suggests that the US National Science Foundation (NSF) fund two enormous ground-based telescopes in Chile and possibly Hawaii, to try to catch up with an advanced European telescope that’s under construction. And for the first time, it issues recommendations for how federal agencies should fight systemic racism, sexism and other structural issues that drive people out of astronomy, weakening the quality of the science.

“There are tremendous scientific opportunities before us — twenty-first-century astrophysics is incredibly rich,” says Fiona Harrison, an astrophysicist at the California Institute of Technology in Pasadena and co-chair of the steering committee that wrote the report, known as Astro2020. The plan, released on 4 November, attempts to capitalize on some of those opportunities while also being realistic about budget and schedule constraints, she says. 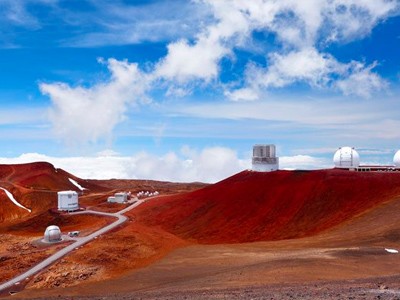 How the fight over a Hawaii mega-telescope could change astronomy

US astronomy has sometimes taken a haphazard approach to building research facilities. Astro2020 is “imposing order on the field in a way that probably hasn’t been done before”, says Matt Mountain, president of the Association of Universities for Research in Astronomy in Washington DC. For instance, Astro2020 describes how the NSF could consider withdrawing its support from either of the large ground-based telescopes if they fail to reach certain milestones. It also sets out the deliberate steps NASA should take to develop technology for its ambitious space missions.

NASA, the NSF, the US Department of Energy (DOE) and the US Air Force commissioned the US National Academies of Sciences, Engineering, and Medicine to research and produce Astro2020. It is the latest in a series of ‘decadal surveys’ that aim to guide the direction of US astronomy and astrophysics, by gathering input from thousands of astronomers every ten years. “They’re influential because they really do let the whole community speak their voice,” says Aki Roberge, an astrophysicist at NASA’s Goddard Space Flight Center in Greenbelt, Maryland. Funding agencies generally follow the decadal survey’s recommendations, which means that billions of dollars are at stake.

Many astronomers welcome the vision laid out in the new report. “They really set the whole framework for how we can go about doing this ambitious science,” says Scott Gaudi, an astronomer at The Ohio State University in Columbus. “It’s a very balanced view,” adds Priyamvada Natarajan, an astrophysicist at Yale University in New Haven, Connecticut. “I like that they really acknowledge that it takes time for the science and technology for missions to mature.”

Astronomers have been worried about the United States falling behind Europe, which is building the Extremely Large Telescope in Chile. Slated to come online in 2028, that facility is larger and further along than either of the extremely large US telescope projects under way. The 24.5-metre-wide Giant Magellan Telescope (GMT) is under construction in Chile, and the Thirty Meter Telescope (TMT) is planned for the Hawaiian mountain of Maunakea; Astro2020 recommends that the NSF buy into both of them, to help the country catch up.

Under this arrangement, the GMT and the TMT, once bitter rivals, would partner to cover skies in both the Northern and Southern hemispheres, which the European telescope cannot do. Together, they could make new types of astronomical discovery in galaxy evolution, exoplanet studies and other fields. “The only way to have astronomy in the United States be competitive at this scale is with this kind of capability,” says John O’Meara, chief scientist at the W. M. Keck Observatory in Kamuela, Hawaii.

The decadal survey’s recommendation would deliver a much-needed boost in funding: the GMT is estimated to cost at least US$2 billion and the TMT $2.6 billion, but neither has all the money it needs. Both began as privately funded projects. Buy-in from the US federal government — the NSF might consider investing $800 million in each — would give all US astronomers a chance to compete for a portion of observing time on both telescopes.

But it’s not clear whether the NSF could afford to support both facilities. So Astro2020 lays out a process for deciding whether to jettison one of the telescopes if need be. 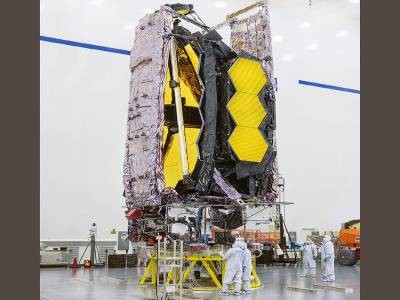 It remains to be seen how the TMT might move forward, however. The project is planned for Maunakea — one of the best sites in the world for stargazing — but construction there has been halted since 2015 owing to protests from Native Hawaiians, to whom the mountain is sacred. The TMT’s back-up site, on the island of La Palma in Spain’s Canary Islands, seemed to be knocked out of the running in July, when a court annulled the agreement that the TMT would need to build there. The project is appealing against the decision, but remains focused on building relationships at the preferred site in Hawaii, says Kerry Slater, the TMT’s vice-president of communications.

Other priorities on Astro2020’s wishlist for ground-based projects are a next-generation cosmology experiment in Antarctica and Chile that would probe the cosmic microwave background, commonly known as the afterglow of the Big Bang, and a major upgrade to the existing Very Large Array radio telescopes scattered across North America.

In addition to ground-based astronomy, the report provides guidance on the future of space-based missions, typically the most expensive and highest-profile astronomical observatories. Recommendations from previous decadal surveys have led to iconic spacecraft such as the Hubble Space Telescope. This time around, the top recommendation is to launch not one, but three flagship observatories, spanning different wavelengths of light to enable a variety of discoveries. The last time NASA coordinated projects in this way was between 1990 and 2003, when the agency launched four satellites dubbed the Great Observatories, beginning with Hubble.

First out of the gate in the next set of missions, which some astronomers are calling the ‘New Great Observatories’, would be a space telescope similar to Hubble, but with a mirror more than twice the width of Hubble’s. It would detect light in ultraviolet, visible and near-infrared wavelengths, and be able to discover objects of astrophysical interest ranging from habitable planets to violent black holes. It would cost around $11 billion and launch in the early 2040s.

Second and third would be missions detecting X-rays, a sector of the electromagnetic spectrum in which some of the most powerful astrophysical phenomena can be observed, and far-infrared radiation, which can penetrate the shrouds of dust around newborn stars. These missions would cost $3 billion to $5 billion each, and a decision on whether to build them would be made five years after the start of the first Hubble-like mission.

Lurking behind these ambitious spacecraft is the spectre of previous space missions whose budgets have blown out of control. Neither of the top recommendations for large space-based missions from the past two decadal surveys are operational yet. The James Webb Space Telescope, the leading recommendation in the 2000 survey, is set to launch on 18 December, years later than intended, at a cost of nearly $10 billion — well above its original budget. The Nancy Grace Roman Space Telescope, the main recommendation in the 2010 survey, had to accommodate a 2.4-metre primary mirror donated by a spy-satellite programme, which was supposed to save money but required design changes and extra processing that drove up the cost. The COVID-19 pandemic added costs and delays, and Roman is now targeted to launch no earlier than 2027, at a cost of $4.3 billion. 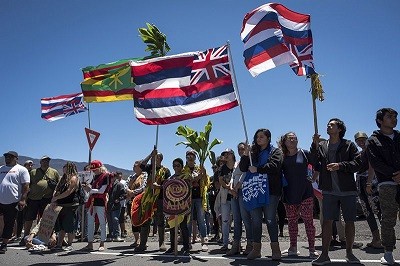 Astronomy impasse: What’s next for the Thirty Meter Telescope?

“We’ve learned a lot in the course of the last 10–20 years about how to do large missions,” says Gaudi. “For me, it’s almost inconceivable that we couldn’t do better the next time, because we’ve learned from our past mistakes.”

Astro2020 recommends that NASA save money by, among other things, terminating the Stratospheric Observatory for Infrared Astronomy, a telescope-on-a-plane that has come under criticism for its relatively high operational price tag — nearly as much as Hubble’s — and relatively low scientific output so far, although that is improving. At the same time, the report advises that the agency fund mid-sized space missions, such as astrophysics spacecraft on the order of $1.5 billion each.

Astro2020 also attempts to grapple with the importance of equity and inclusion to the health of US astronomy. “Astrophysics is done by humans,” says Jane Rigby, an astrophysicist at the Goddard centre. “How these humans treat each other, how they are led, how they hold each other accountable, what the policies and the systems are that they’re working in — this makes so much of a difference to the quality of the science that gets done.”

US astronomy has found itself at the forefront of many social issues, such as the ethics of doing science on lands seized from Indigenous groups — such as Maunakea. The field has also faced widespread problems of sexism and racism in science, including a sexual harassment scandal surrounding prominent astronomer Geoff Marcy.

The report lays out some recommendations for reducing the systemic barriers that block many people from entering and staying in science. They include increasing federal funding for student and early-career researchers, making diversity a criterion in awarding grants, and gathering data to better track the lack of equity in funding. Collecting such data is the first crucial step towards distributing resources equitably, Natarajan says.

“Racial/ethnic diversity among astronomy faculty remains, in a word, abysmal,” the report says. Indigenous people are even more under-represented in astronomy than in other physical sciences, it notes, while calling for “a new model for respectful, collaborative decision-making in partnership with Indigenous and other local communities”.

Attention will now turn to how the survey’s recommendations might become reality. Pandemic-related delays in the report’s release mean that the NSF, NASA and the DOE have already missed their chance to incorporate the findings into the budgets they are drawing up for the 2023 fiscal year. As a result, Astro2020 priorities will not start receiving funding until 2024 at the earliest. NASA says it will respond in detail to the recommendations within about ten weeks.

“It is now the community’s job to translate these words into actions,” says Tony Beasley, director of the National Radio Astronomy Observatory in Charlottesville, Virginia.

Lenghu on the Tibetan Plateau as an astronomical observing site

A mysterious object is beaming radio waves into the Milky Way