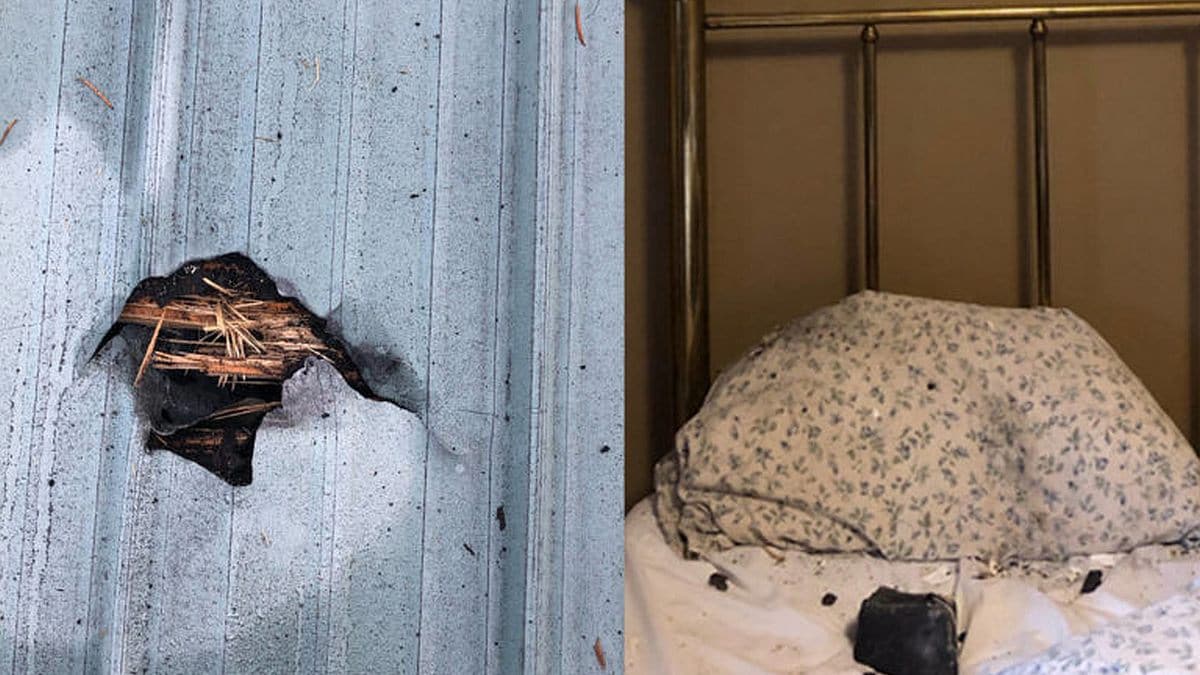 While NASA is sending a spacecraft to Jupiter’s asteroids in an unprecedented mission to unravel the mystery of solar system’s origin, a physicist has said that a meteorite, that crash-landed in a home in Canada this month, can offer similar results. Peter G. Brown, a professor of physics and astronomy at the University of Western Ontario, said the small rock, which spun out of its orbit in the asteroid belt between Mars and Jupiter and entered the Earth, has the potential to shed light on how the early solar system was formed.

The meteorite pierced through the roof of a home in British Columbia and landed on the pillow near a sleeping woman on October 4. She was awakened by the sound of the crash and the sensation she felt on her face because of the debris. She immediately called the emergency helpline, 911. Officials later determined the rock was a meteorite.

Professor Brown said the woman has loaned the rock to the university and scientists will study it for a month or so to find answers to “a small piece of a larger puzzle”, the Globe And Mail reported. He said the meteorite is 4.5 billion years old, making it older than anything on Earth. But, he added, the rock is formed of minerals found here, like iron and nickel. Their proportions are much larger than the rocks found on Earth, which gives the rock unusual weight for its size.

Professor Brown said the results of his study will try to link the rock to specific asteroids swinging beyond Mars. He said he is also interested in photos of the fireball that formed when the meteorite entered the Earth. The photos will help him compute the meteorite’s orbit to figure out its origin.

“The sheer quantity of information that’s hidden in the rock that we can tease out, in a lot of ways it’s like a really, really dense messenger of information about the early solar system,” he said.

The rock will be eventually returned to the woman, whose roof it tore.

NASA, meanwhile, is set to launch its Lucy mission to study Trojan asteroids of Jupiter this evening. The spacecraft will go where no previous missions have dared to reach.