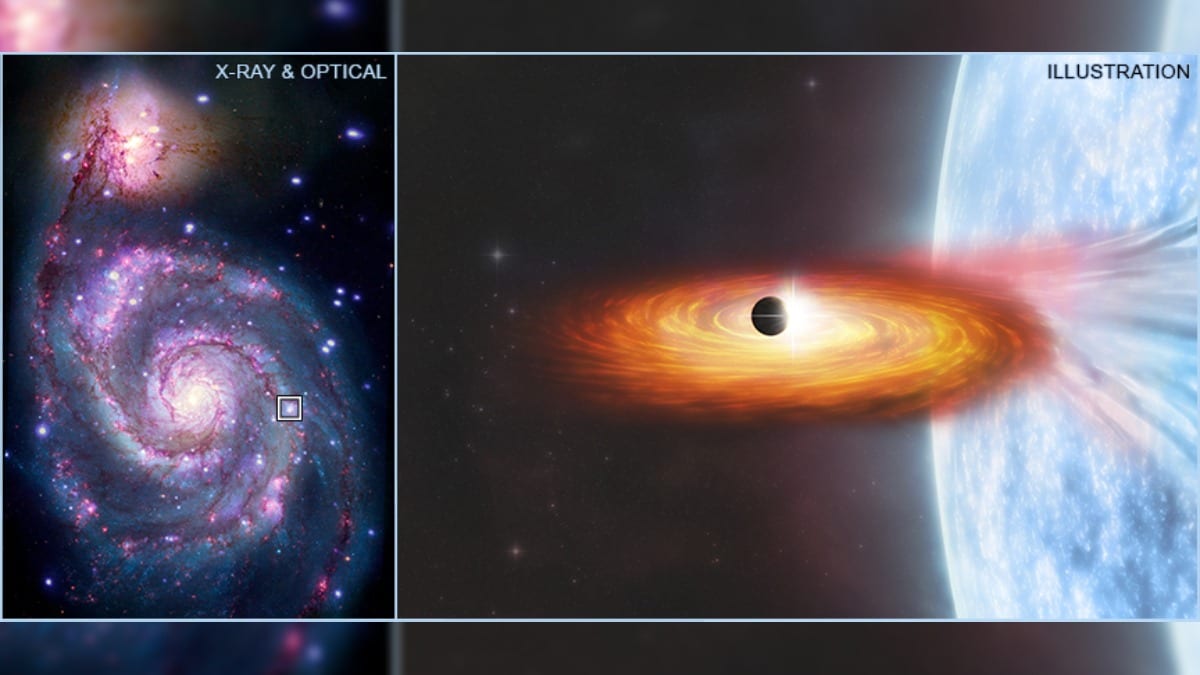 NASA’s Chandra X-ray telescope has found hints of what could be the first planet discovered outside our Milky Way galaxy. The possible signal discovered is located in the Messier 51 galaxy, some 28 million light-years away from Earth. NASA’s Chandra Observatory has been designed in such a way that it can detect X-ray emissions from very hot regions such as exploded stars, clusters of galaxies, and matter around black holes. Recently, it detected a characteristic dip in brightness that happens when a planet passes in front of a star and blocks some of its light. This method has helped astronomers discover thousands of “exoplanets” — worlds orbiting stars beyond the Sun.

The research was led by Dr. Rosanne Di Stefano from the Harvard-Smithsonian Center for Astrophysics in Cambridge and her colleagues. Using telescopes — ground- and space-based — the astronomers looked for “dips in optical light, electromagnetic radiation humans can see, enabling the discovery of thousands of planets”, stated a press release.

Because a potential planet is close in size to the X-ray source around the neutron star or black hole, a transiting planet passing along Earth’s line of sight could temporarily block most or all of the X-rays. In the recent observation, the transit lasted about three hours, during which the X-ray emission decreased to zero. So, the astronomers estimate the candidate planet would be around the size of Saturn.

“The method we developed and employed is the only presently implementable method to discover planetary systems in other galaxies,” Dr Di Stefano, from the Harvard-Smithsonian Center for Astrophysics in Cambridge, US, told BBC News.

The researchers admit what they have found can be a planet but more data and more study is required to be sure. A challenge with that is the candidate planet has a large orbit. It means the object would cross its binary partner again after 70 years. Another possible explanation for the dip in light could be clouds of gas and dust. The researchers considered this explanation but then concluded this was unlikely since other characteristics do not match with such an event.

Bitcoin drops nearly 7% toward $60,000 as major cryptocurrencies plunge
What Happens in the Brain During a Coma?
Tesla updates its mobile app with new customization feature, better widgets, and more
Google’s pursuit of military cloud deal was among top issues at last week’s all-staff meeting
WATER.