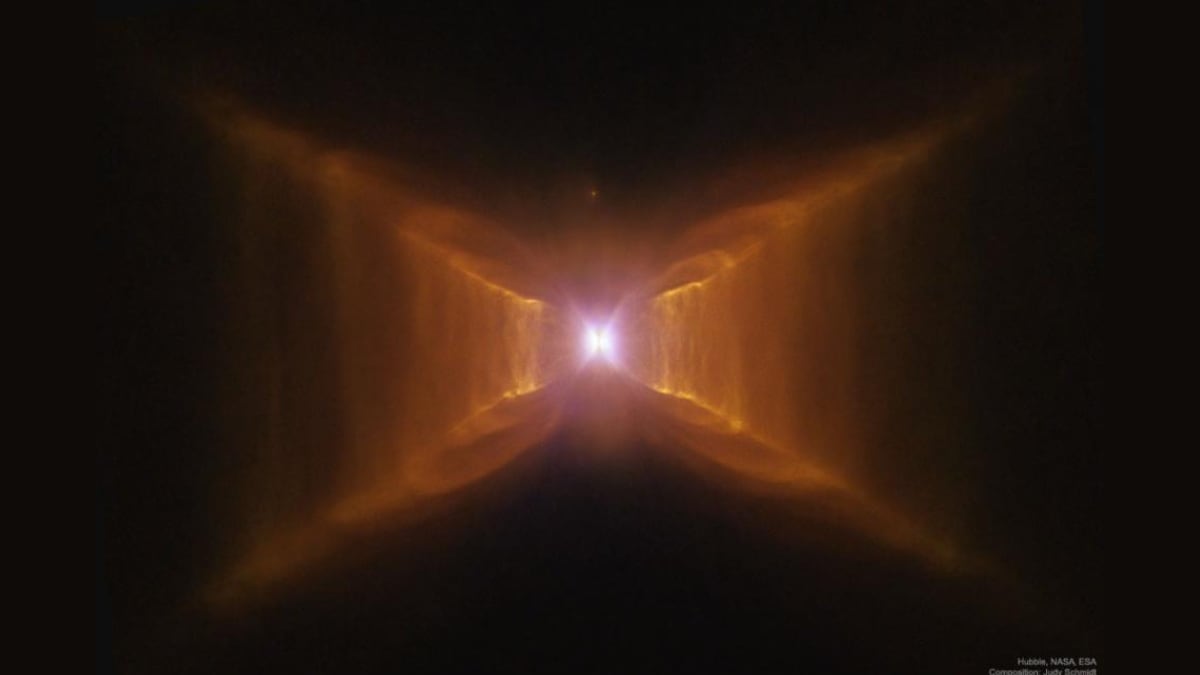 NASA has shared an image of a nebula captured by its Hubble Space Telescope that looks like a deep tunnel in space. The nebula is formed by a dying star, named HD 44179, which has been shedding its outer layers for about 14,000 years. The star is similar to the Sun, but it is dying and emanating gas and other material, which gives it a very distinctive shape. The star is surrounded by an extraordinary structure known as the Red Rectangle — a moniker ascribed to it because of its shape and apparent colour when seen from the Earth.

But, when captured by the Hubble telescope, the nebula looks like an “X” with spaced lines of glowing gas, separated by rungs.

The Red Rectangle nebula lies about 2,300 light-years away from Earth, towards the Monoceros constellation, which in Latin means “unicorn.” It lies in the northern sky.

In a few million years, as one of the central stars becomes further depleted of nuclear fuel, the Red Rectangle nebula will likely bloom into a planetary nebula, according to NASA.

As per ESA, the Red Rectangle was first discovered during a rocket flight in the early 1970s, during which astronomers were searching for strong sources of infrared radiation. And the name “Red Rectangle” was coined by astronomers Martin Cohen and Mike Merrill in 1973 before Hubble revealed the complex X-shape of the nebula. ESA had launched the Hubble Space Telescope jointly with NASA.

The Red Rectangle nebula’s light is strange and its composition is food for philosophy. The X-shape suggests that something is preventing the star’s atmosphere from having a uniform expansion and thus it remains a hot topic of current research.

The Hubble telescope was launched into space in April 1990 aboard the shuttle Discovery. Since then, it has captured enigmatic images of deep space.