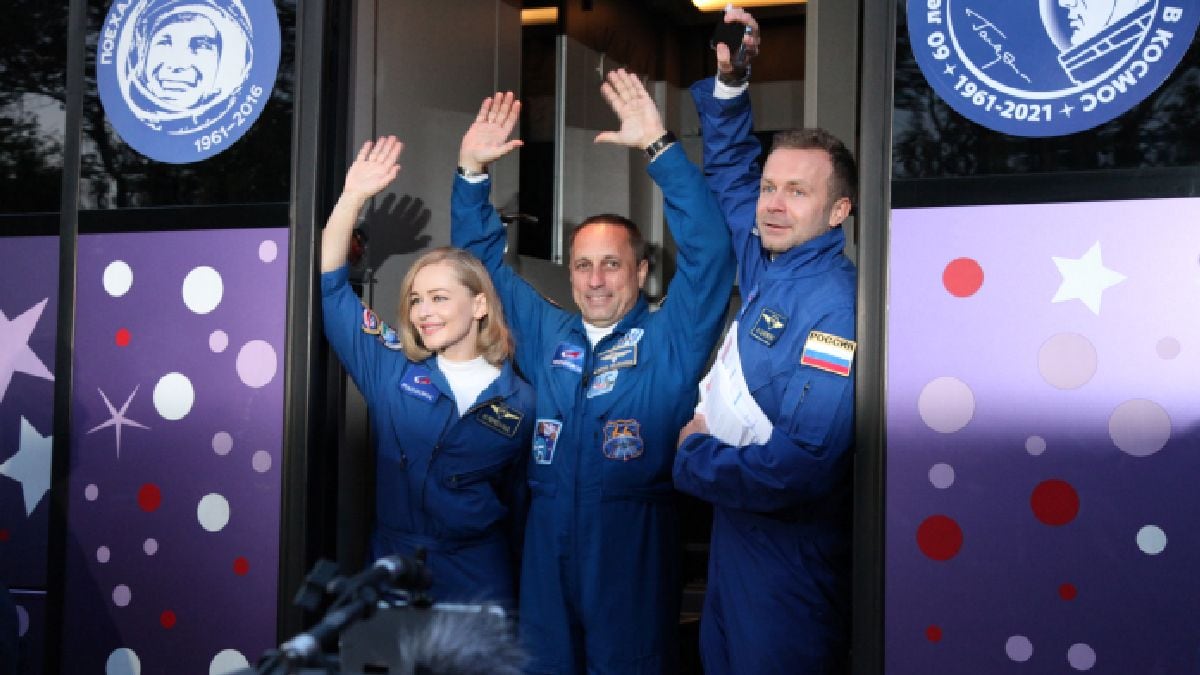 A Russian crew of two cosmonauts, a movie director, and an actress blasted off for the International Space Station (ISS) on Tuesday to shoot the first movie in space, the latest twist in decades of Russia-US space rivalry.

Russian state media provided blanket and patriotic coverage in the run-up, with a countdown clock running on Channel One and news anchors framing the development as a significant breakthrough by Russia that the rest of the world is watching closely.

The fanfare contrasted with the mixed fortunes of Russia’s own space industry which has in recent years been dogged by delays, accidents, and corruption scandals as US-based private firms backed by rich businessmen have developed new spaceships.

The 12-day Russian mission follows the launch of the first all-civilian crew aboard a rocket and capsule developed by SpaceX, which was founded by businessman Elon Musk.

The Russian mission is designed to get in first before a Hollywood project announced earlier this year by actor Tom Cruise together with NASA and SpaceX.

Russia, first as the Soviet Union, and the United States have competed fiercely to reach various space exploration milestones: Russia launched the first satellite and put the first man and woman in space, but NASA beat it to the Moon landing.

The Russian movie titled “The challenge” focuses on a story of a doctor, portrayed by actress Yulia Peresild, who is asked to travel to the space station to save a cosmonaut’s life. Cosmonaut crew members are also set to appear in the film.

Director Klim Shipenko, whose height of 1.9 metres (6 feet 2 inches) makes the flight in a small capsule especially challenging, has already said he was looking forward to a Mars-based sequel.

Reflecting the Soviet roots of Russia’s space industry, the crew will be launched from the Baikonur cosmodrome in the steppes of Kazakhstan, a former Soviet republic in Central Asia. Russia leases the cosmodrome.