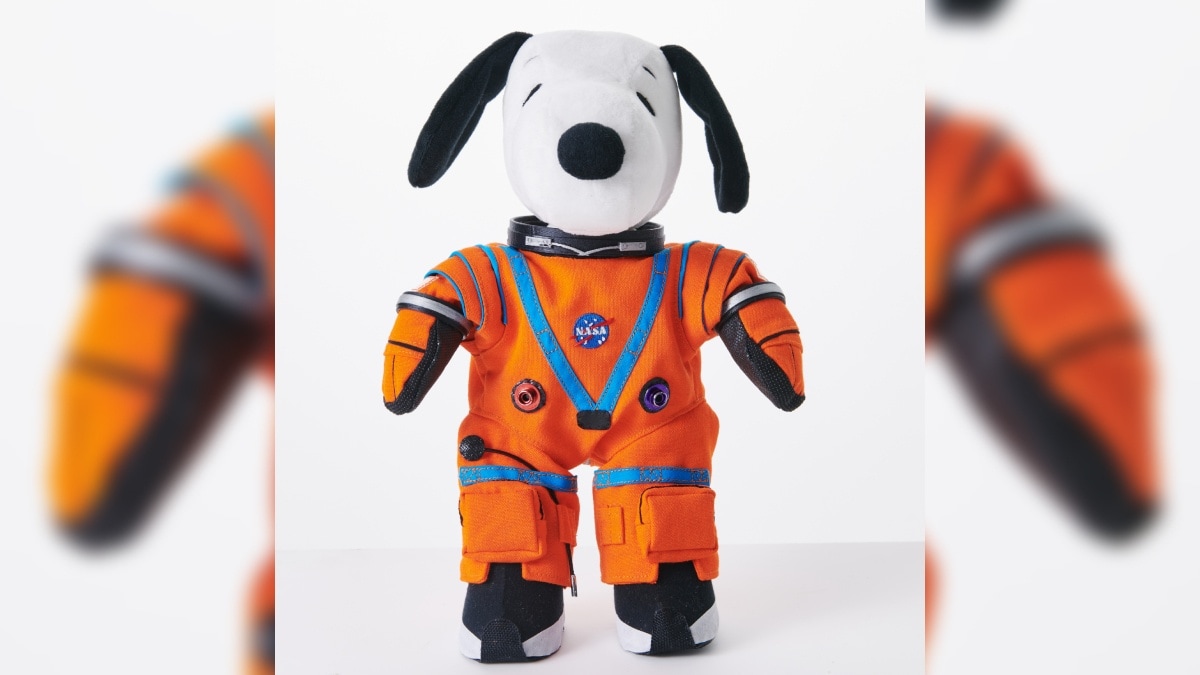 NASA is sending Snoopy, the iconic and adorable character from Peanuts, to the Moon aboard its first Artemis mission early next year. Snoopy became the world’s first beagle to land on the lunar surface in the Peanuts comic strips by the late Charles M. Schulz in 1969. More than 60 years later, it is again going extraterrestrial — only this time it will be for real. A stuffed Snoopy will serve as a zero gravity indicator on the Orion spacecraft as it flies around the Moon. The Artemis I is an uncrewed mission to test NASA’s deep space exploration systems.

Aboard the mission, Snoopy will be dressed in NASA’s Orion Crew Survival System suit. The miniature version of the orange suit has been made from the same materials that will be worn by astronauts on future Artemis missions. NASA shared an image of the dressed Snoopy on Twitter, saying Astronaut Snoopy “is no stranger to space”.

#AstronautSnoopy is no stranger to space. The Peanuts character skimmed the lunar surface as the name of the Apollo 10 lunar module & even caught a ride on the space shuttle.

Now Snoopy is going to the Moon as a zero gravity indicator aboard #Artemis I: https://t.co/wUHfUgYWYm pic.twitter.com/t8DFQq6gHi

Snoopy has a 50-year association with NASA. It has been a mascot for spaceflight safety since the Apollo era. During the Apollo 10 mission in 1969, the lunar module was nicknamed “Snoopy” because its job was to “snoop around” the Moon’s surface to find a landing site for the Apollo 11 mission. Around the same time, Schulz also created comic strips that depicted Snoopy on the Moon. They helped get the public excited for space missions.

“I will never forget watching the Apollo 10 mission with my dad, who was so incredibly proud to have his characters participate in making space exploration history,” Craig Schulz, son of the cartoonist and producer of The Peanuts Movie told Space.com. “I know he would be ecstatic to see Snoopy and NASA join together again to push the boundaries of human experience.”

Zero gravity indicators provide a visual indicator when a spacecraft has reached the weightlessness of micro-gravity, according to NASA.

Theory Explains How the Neanderthal Extinction Happened
NGA notes advantages of unclassified commercial data
Bill Gates’ TerraPower aims to build its first advanced nuclear reactor in a coal town in Wyoming
Would Headlights Work at Light Speed?
Why Marijuana Gives You The Munchies