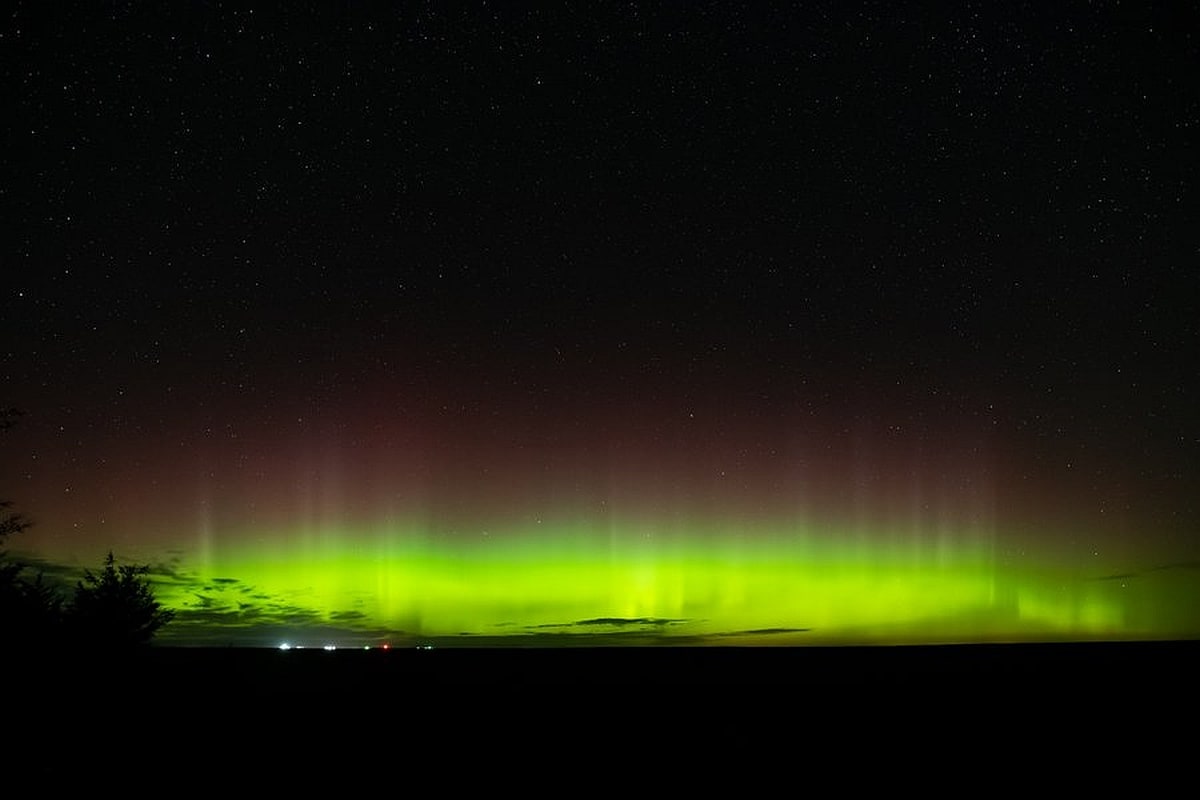 A moderately strong solar storm hit Earth recently and created a spectacular light show that was visible from New York. This event took place as Earth entered a period of heightened solar activity. On October 11, a massive solar flare was spotted on the Earth-facing side of the Sun and it reached the planet on Monday. Solar activity increases and decreases every 11 years.

Solar storms of this magnitude, G2 category, can affect satellites in orbit around Earth and can also disrupt power grids. Usually, solar storms are not powerful enough to be visible from areas other than the high-altitude areas around the north or south poles. But this storm was visible from New York, Wisconsin, and Washington state, Space.com reported.

On Monday, National Oceanic and Atmospheric Administration (NOAA) warned that the solar storm could cause orientation irregularities in satellites and cause power grids to fluctuate. It then extended the alert to Tuesday but reduced the possible impact of the solar storm to fluctuations in weak power grids.

People in South Dakota in the US, including photographer Randy Halverson, were able to capture the incredible view of the aurora, a colourful light show in the sky caused by the solar storm, on Monday. These lights are created when particles from the Sun interact with gases in our atmosphere.

Auroras are often seen in areas near the north or south pole.

Solar storms are common space weather events as coronal mass ejections (CMEs) regularly happen from the Sun’s atmosphere. CMEs are made up of electrically charged plasma and this plasma travels outwards and can hit Earth’s magnetic shield. When this plasma hits the magnetic shield at astronomical speeds of up to 45 million mph, the charged particles move toward the poles releasing energy as colourful light.

The largest solar storm ever recorded hit Earth in 1859. The Carrington Event created an aurora that was visible even in areas much closer to the equator.