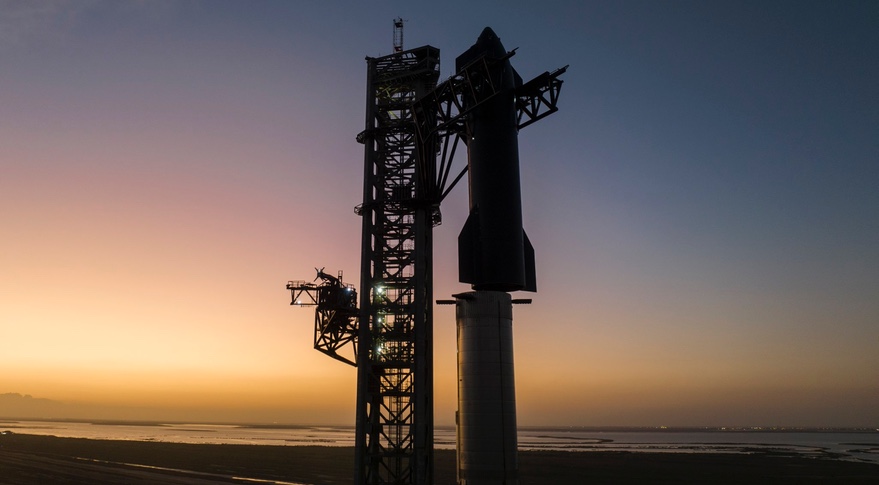 WASHINGTON — The first private astronaut to fly to the International Space Station plans to return to space on a trip around the moon on SpaceX’s Starship with his wife and up to 10 other people.

SpaceX announced Oct. 12 that it sold tickets to Dennis and Akiko Tito for what will be the second crewed Starship mission around the moon. The two are the first of as many as 12 people who will go on that mission, whose schedule is unclear.

The mission, as currently designed, involves a Starship launched into low Earth orbit that would rendezvous with a depot, another Starship whose tanks would have been filled with propellant from additional Starship launches. Once the lunar-bound Starship’s tanks are filled, it will fire its engines on a circumlunar trajectory, a figure-eight that will take it around the moon and within 200 kilometers of its surface before returning to Earth. The entire mission would take about a week, including three days each way to the moon and back.

The flight will be a return to space for 82-year-old Dennis Tito, who flew on a Soyuz spacecraft to the ISS in April 2001 as the first private astronaut to visit the station and the first to pay his own way to space. He spent eight days in space before returning to Earth on another Soyuz.

In the years after the flight, Tito said he did not have an interest in returning to space, but in a call with reporters explained that changed as he followed the progress of SpaceX. “Over time, watching the developments of SpaceX and just what they were doing fascinated me,” he said.

The first discussions with SpaceX about a flight took place a little more than a year ago, he said. At that time, he recalled company officials asking him if he was interested in going back to space, and he said he was not interested in a return trip to the ISS or other orbital flight. “But I would be interested in going to the moon,” he said. “And then I looked over to Akiko, and we had a little eye contact, and she goes, ‘Yeah, me too.’ And that’s how it all began.”

Akiko Tito, an engineer, pilot and real estate investor, said the flight fulfills an interest in space dating back to her childhood. “This mission is the first of many that will help humanity become multiplanetary and I’m so honored to be part of it,” she said on the call.

The mission, which does not have a formal name, will be the second Starship circumlunar mission. In 2018, SpaceX announced it sold a flight of Starship — then known as Big Falcon Rocket, or BFR — to Japanese billionaire Yusaku Maezawa, who planned to fly himself and a group of artists around the moon on a mission called “dearMoon.”

Maezawa kicked off a competition to select the crew for that flight in March 2021, with the goal of selecting the crew by that summer and begin training for a mission then planned for 2023. However, Maezawa has yet to announce the crew for the flight and the latest update, more than year old, simply stated that finalists had completed medical checkups. The project did not respond to a request for comment Oct. 12 about the status of the dearMoon mission.

There were similarly few details about the flight the Titos will take around the moon. There is no schedule for the mission other than it will take place after both dearMoon and a flight by the Polaris Program, an initiative led by billionaire Jared Isaacman, that will be the first crewed Starship flight. Aarti Matthews, director of Starship crew and cargo programs at SpaceX, said the company had yet to decide if the mission will launch from its Starbase test site at Boca Chica, Texas, or from the Kennedy Space Center in Florida.

Dennis Tito declined to state how much he and his wife paid for the flight. They will be two of up to 12 people on the flight, with SpaceX actively working to sell the other seats. “We have a lot of interest for the other seats on the mission. We’re talking to many different customers,” Matthews said.

Starship has yet to make its first orbital launch attempt, although crews at Starbase are currently setting up a Starship vehicle and its Super Heavy booster for tests ahead of a potential orbital launch attempt in the coming months. By contrast, when Dennis Tito flew on a Soyuz spacecraft in 2001, the vehicle had been in service for more than three decades and had flown several dozen crewed missions.

Tito said he was not concerned about Starship’s current lack of flight heritage, predicting that Starship will launch “hundreds” of times before his flight. “This is not going to happen in the near term,” he said of his mission. “There’s going to be a lot of flights, a lot of testing. I think actually the vehicle will be better tested when we fly than even the Soyuz was when I flew 21 years ago.”

“We are confident that we will have this vehicle fully tested out and ready to go by the time we fly this mission,” Matthews said.

Preparations for both the Titos’ flight and the earlier dearMoon mission are independent of SpaceX’s work on a lunar lander version of Starship the company is development for NASA’s Human Landing System program. “The mission profile is pretty different, so we expect that those two flights to be pretty independent of each other,” Matthews said.

Dennis Tito added he was not interested in landing on the moon, and would likely retire from spaceflight after the circumlunar trip. “I can say unequivocally that we will not be landing on the moon. That’s a completely different mission,” he said.

He added that he would be open to going into orbit around the moon rather than swinging around it as currently planned. “That would be wishful thinking, but if it happened, I’m not going to complain.”