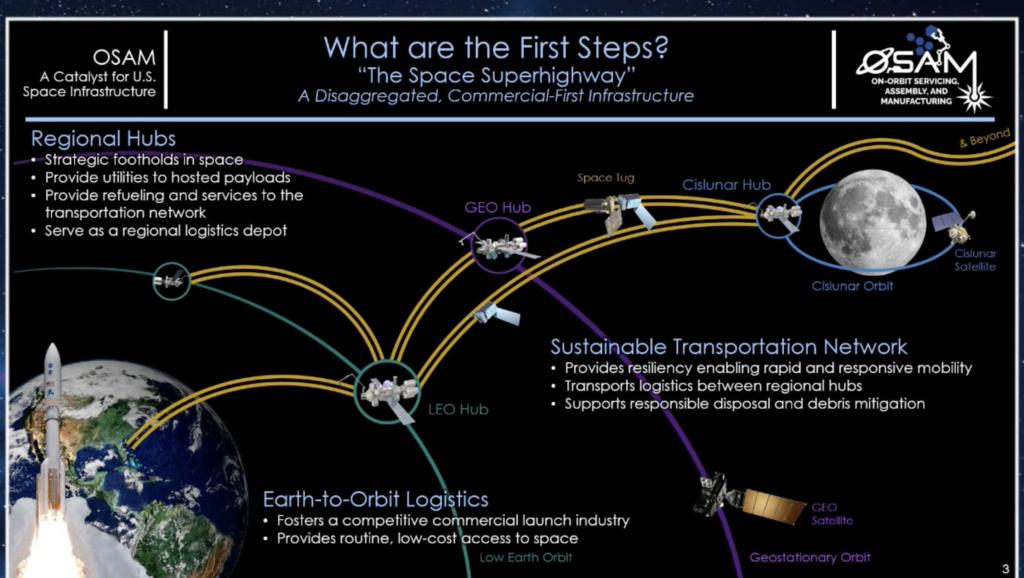 NASA’s Bill Nelson and Space Force chief Gen. Raymond: ‘We believe strong engagement from across government, industry and academia is essential to meet this moment’

The 92-page “State of the Space Industrial Base 2021”report was written by senior officials from the U.S. Space Force, the Air Force Research Laboratory and the Defense Innovation Unit. It summarizes discussions held with more than 250 government, industry and academic experts.

“While the pace of innovation and investment in the U.S. is at an all-time high, this will not be sustained without strategic direction, robust adoption of commercial space capabilities expressed in meaningful contract opportunities, strategic workforce development, attention to fragile domestic supply lines, and addressing the anemic funding to prototype, validate and accelerate innovative and disruptive space capabilities for national security,” says the report.

“Both NASA and the Space Force believe strong engagement from across government, industry and academia is essential to meet this moment,” says their statement. “This is truly a new era of strategic collaboration that will benefit commercial, civil and national security in space.”

This is the third iteration of the State of the Space Industrial Base report, which was published in 2020 and 2019.

A central message is that the government, particularly the Defense Department and intelligence community, should support the space industry by procuring commercially provided services rather than develop systems in-house.

The space industry sees “shaky support by the U.S. government as a consumer of commercial products and services,” says the report. “The notable exception here is NASA, which continues to strengthen both its direct investment in, and procurement of, commercial space offerings.”

The report criticizes lagging U.S. military and intelligence agencies’ efforts to acquire commercial satellite imagery. “A broad spectrum of space-based Earth observation satellite companies have emerged” that can provide a wide range of data products. “However, token investments are not sufficient, and the slow pace of commercial acquisition by the National Geospatial Intelligence Agency and the National Reconnaissance Office is creating incentives for U.S. companies to withdraw from the national security track.”

Another proposal is to develop plans for a “space superhighway” that takes advantage of commercial innovations for in-space logistics to build infrastructure. “This effort should be done in close collaboration with NASA,” the report says.

“In terrestrial modes of logistics, the ability to make use of civilian ports, civilian fuel, and civilian interfaces is a significant force multiplier, and the same is true in space.”

The report argues that there is too much emphasis and investment in launch but too little capital going into other sectors of the industry such as in-space logistics and manufacturing that will be essential to build a space economy.