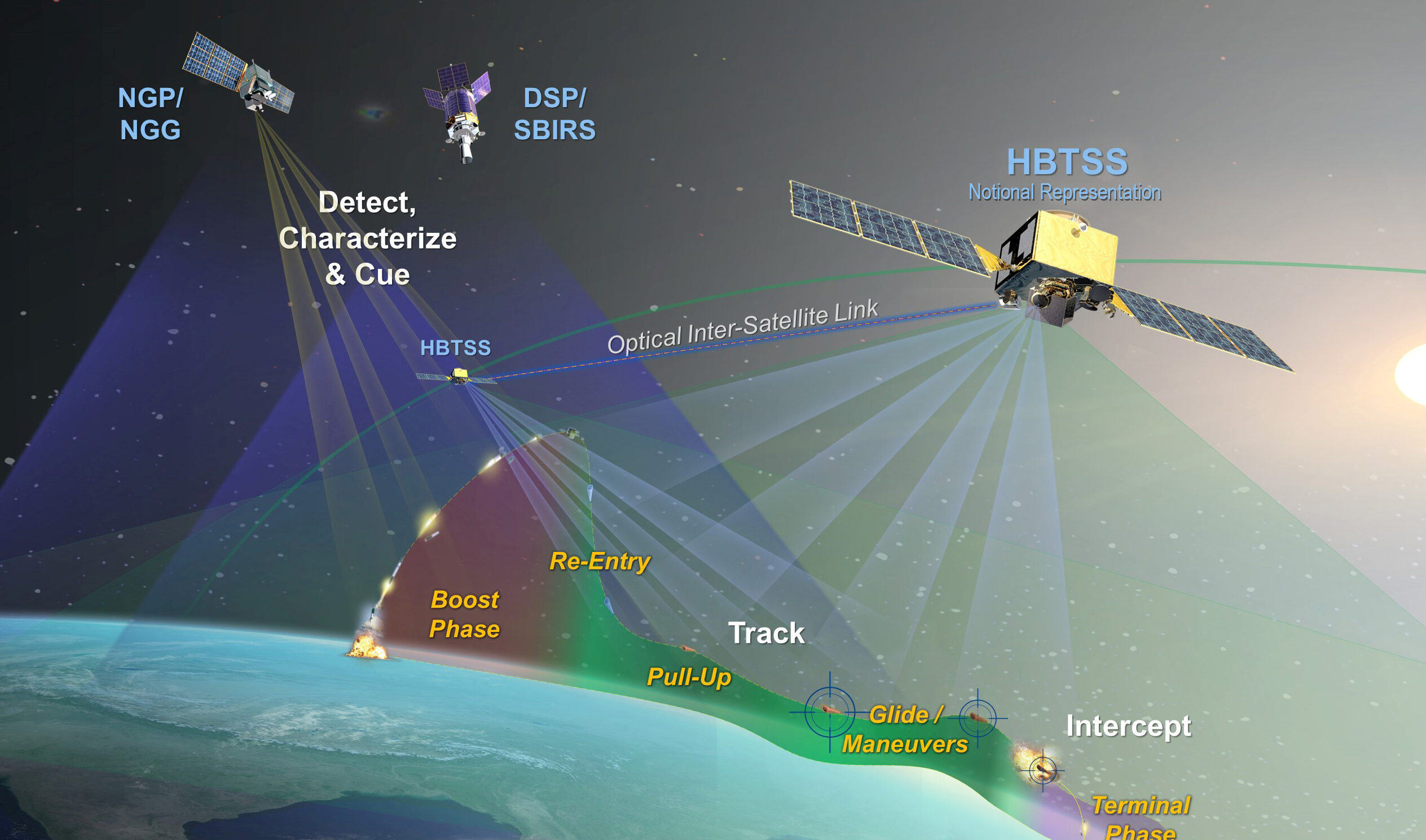 After it delivers a prototype satellite to the Missile Defense Agency, Northrop Grumman plans to conduct an on-orbit test

WASHINGTON — A satellite designed by Northrop Grumman to track hypersonic and ballistic missiles has passed a key review, allowing the company to continue to develop the $153 million spacecraft scheduled for delivery in 2023.

The HBTSS satellites are part of DoD’s planned multi-layered network of spacecraft that can sense heat signatures to detect and track missiles from launch through their entire flight trajectory.

After the HBTSS prototype is delivered, Northrop Grumman said it will conduct an on-orbit test to demonstrate its ability to track hypersonic threats, process sensor data and hand off the information to command centers so the missile can be intercepted.

A long-term vision for HBTSS is a constellation of satellites connected by optical cross links than can provide global coverage, and detect and track multiple targets.