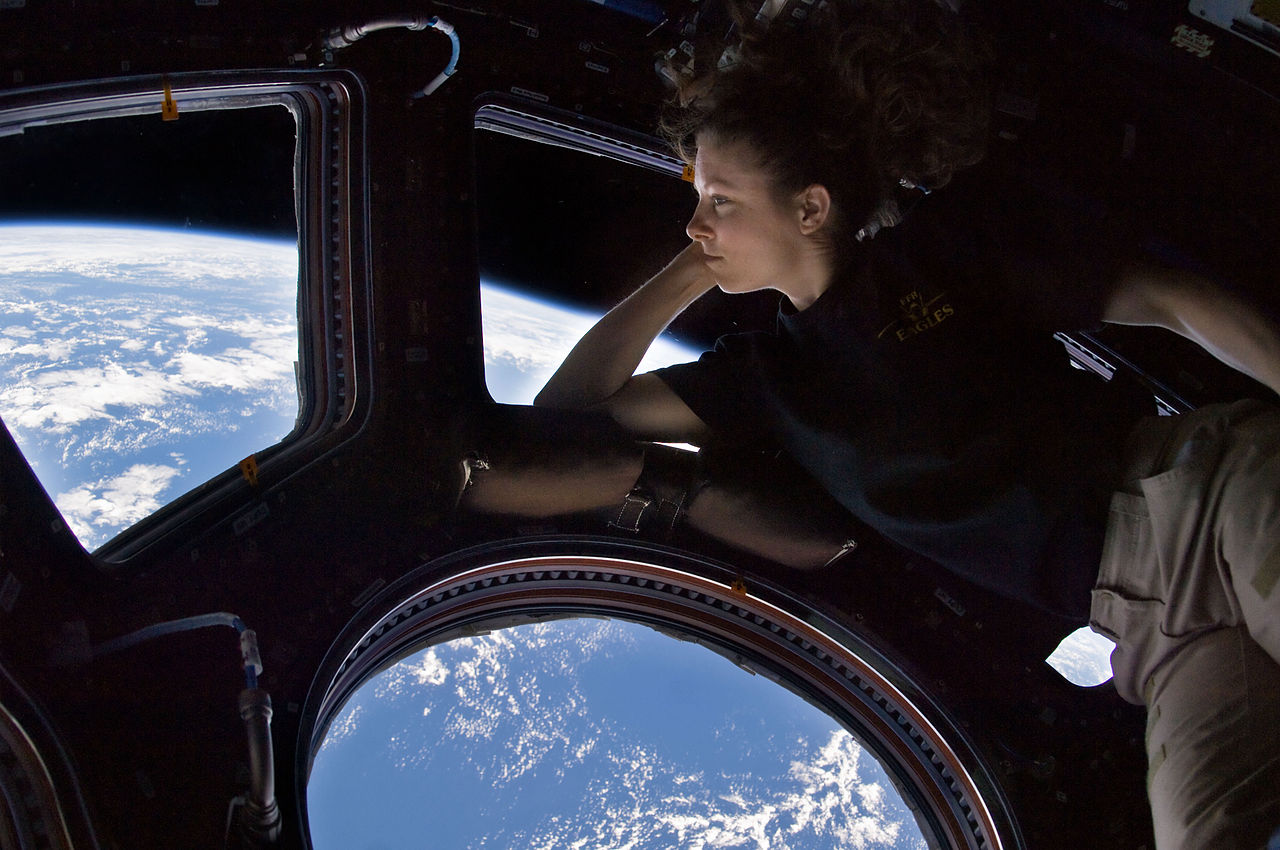 Earth from space sparkles. Photos do not capture this. You have to see it to believe it.

Astronauts have long attempted to capture — in words, photos, paintings, and poetry — the view of Earth from space. I tried, too, after returning from my flight as a commercial astronaut aboard Blue Origin’s NS-19 flight in 2021. But space resists capture. Instead, it reframes the perspective of Earth, work, and oneself.

Author Frank White termed the Overview Effect, a phenomenon that astronauts experience upon seeing Earth, in a completely different context. Space changes astronauts. It has the power to change all of us, and not just up there.

As leaders ostensibly serve humanity’s greater good, we can look to astronauts and the space program for better ways to serve. They can teach us how to work more creatively, collaboratively, and harmoniously. Astronauts have been doing so for decades — and will continue to do so on their way to Mars in the future.

What Space Travel Made Possible

The creative minds behind space exploration have given us boundless products: camera phones, athletic shoes, wireless headsets, and even the Jaws of Life. Space travel made possible solutions such as the world’s first water-recycling shower, bioregenerative food systems that could improve our Earth-bound food supply, and methods for preventing osteoporosis. One of the case studies of human creativity is Apollo 13, the 1970 lunar mission in which three astronauts returned their failing craft to Earth with a resourceful array of parts, determination, and the space program’s greatest resource: ingenuity.

We’ll require deeper reserves of ingenuity to send humans to Mars, a multi-year journey of body and spirit. Researchers and prospective astronauts are developing the technology necessary for safe travel to Mars. They’re also devising methods to live and work in small groups, so that we can act autonomously on a distant planet.

This fascinating research is uncovering creative work strategies that leaders could use in their companies, particularly with remote teams. In determining who has “The Right Stuff” for Mars, researchers are also teaching us to rethink work at home.

Noshir Contractor and Leslie DeChurch, professors at Northwestern University, study astronaut training and performance to determine the best dynamics for small-group space exploration. In a presentation called “Teaming in a Virtual World,” the professors offered five creative lessons about work they learned from astronauts. They include:

Researchers found that the bold-personality type of the “The Right Stuff” era of astronauts is over. Deep space astronauts must “play well with others,” even if that means reconfiguring with whom they collaborate.

Contractor and DeChurch studied astronauts for insights into repairing frayed working relationships for long-term project viability. The professors suggest that leaders who find fractures should attempt to minimize the time those team members work together. “If you can’t be with the team you love,” Contractor says, “love the team you’re with.”

Employ these tactics within your teams. Encourage team members to check in with one another, help with tasks, or have lunch (even virtually) together. One more suggestion from ISS astronauts: Absorb negativity by sharing the bad days. In other words, as one astronaut said, “eat the [expletive] sandwich together.”

Research showed that astronaut performance declined during a mission’s third quarter when the initial energy wore off, but the finish line remained distant. Moods changed, and problem-solving skills diminished before recharging for the fourth quarter.

COVID has complicated this for many teams since it still has no end date, but DeChurch offered a suggestion: Establish a project’s mental clock and recognize it explicitly. When team members work on the same clock, they support the project and each other more meaningfully — even if the clock changes.

Astronauts live and work in structure. After spending a year on the ISS, astronaut Scott Kelly said he found unstructured life on Earth difficult. Of course, astronauts respond to structure because of their training and responsibilities, and leaders can’t exactly replicate that environment within their teams.

The researchers suggest a manufacturing structure. Schedule time for independent work separate from group assignments. Then schedule time away from work. But don’t overschedule. For example, messages from Mars might take 40 minutes to reach Earth, requiring astronauts to work autonomously. Make sure your team is invested in working independently as well.

Is NASA looking for astronauts who are clowns? Though not a defining characteristic, humor helps. Tom Williams, formerly of NASA’s Human Research Program, made that point during the American Association for the Advancement of Science’s 2019 discussion, “Building a Winning Team for Missions to Mars.”

“I don’t know that the research really leads us to a conclusion that we must select someone in a crew of four [with a sense of humor],” Williams said, “but clearly the research demonstrates that humor used at the right time … can discharge a lot of tension that may have built because of interactions.”

If astronauts can deploy humor to cope with stressful situations 140 million miles from home, certainly we can defuse a Zoom call with a good joke.

I believe space transforms us. It transports us from our common surroundings, giving us a new lens to see the world. Space also empowers us to be creative, learn, and solve. What astronauts do in space benefits us on Earth. We just need to reframe things from a unique perspective – like the astronauts.

Dylan Taylor is the chairman and chief executive of Voyager Space. He went to space in December 2021 aboard Blue Origin’s New Shepard suborbital spacecraft.