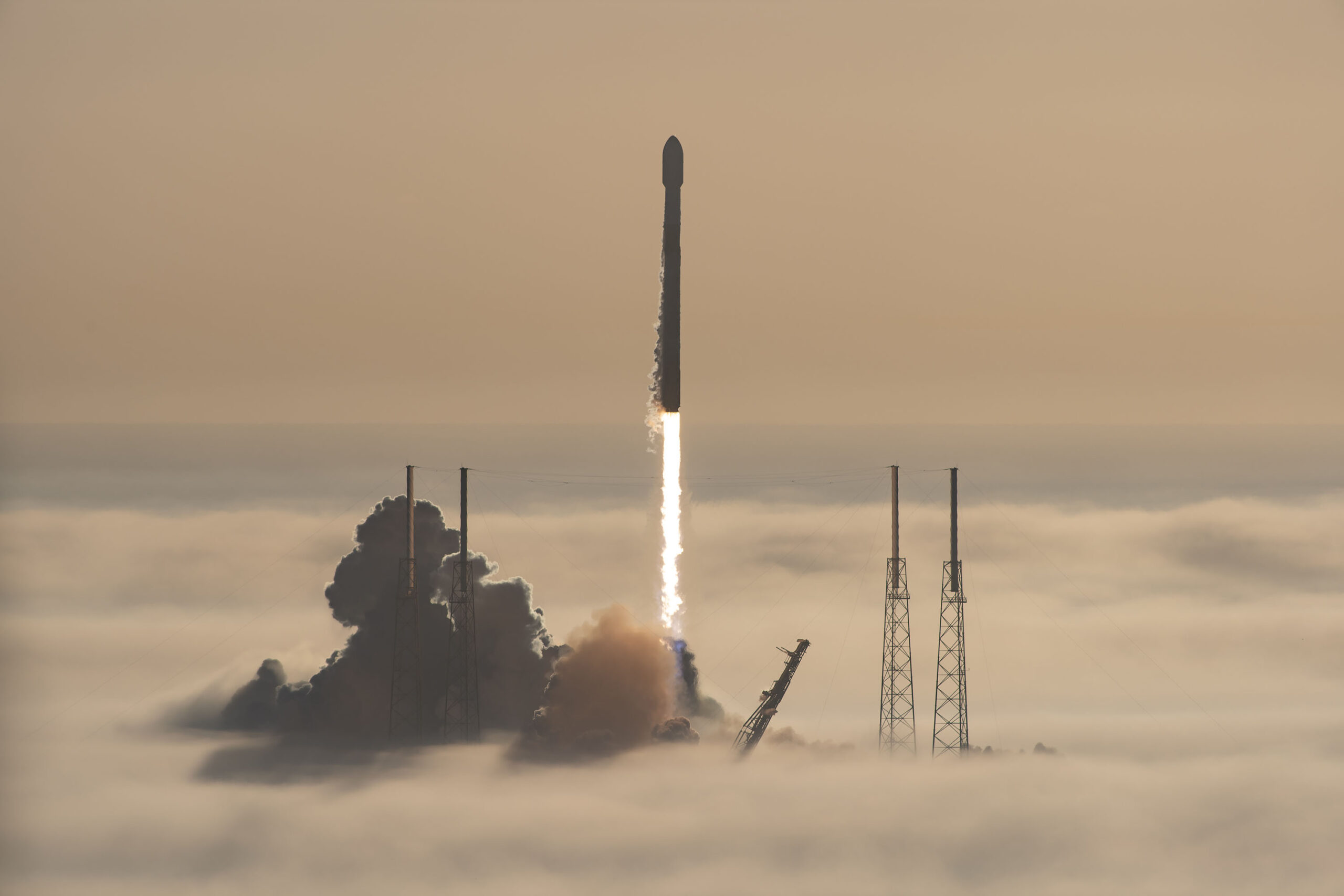 A Falcon 9 carrying its latest batch of Starlink satellites lifted off from Cape Canaveral in Florida at 7:19 a.m. Eastern, a day after being scrubbed because of poor weather.

All the satellites were successfully deployed to low Earth orbit where they will join the rest of the Starlink constellation, according to SpaceX.

In addition to launching four other Starlink missions, the booster was used for SpaceX’s Crew Demo-2, ANASIS-11, CRS-21 and Transporter-1 missions.

SpaceX’s latest mission marked the 25th launch of a Falcon 9 rocket in 2021. Many of these missions have deployed Starlink broadband satellites for the rapidly expanding constellation.

To date, SpaceX has launched more than 1,800 Starlink satellites to build out global coverage.

Its last dedicated Starlink launch mission lifted off from the Vandenberg Space Force Base in California Sept. 13, placing 51 satellites in polar orbit.

Starlink is serving about 140,000 users across 20 countries, according to a presentation SpaceX filed with the Federal Communications Commission Nov. 10, up about 40,000 from what it reported in August.

It said it had received more than 750,000 “orders/deposits globally” for the service.

However, pandemic-related silicon shortages have been delaying production and impacting its ability to fulfill orders.

Antennas have been a major sticking point for the company as it heavily subsidizes them to encourage adoption.

On Nov. 10, the FCC approved a new Starlink antenna that SpaceX has said would be cheaper to produce, although it continues to charge customers $499 for the hardware needed to connect to Starlink’s services.

The new rectangular dish is also thinner and lighter than its circular predecessor.

Starlink’s beta users have been using a 23-inch-wide, 16-pound circular user terminal for more than a year where the broadband services are available. They now have the option of buying a dish that is 12 inches wide and 19 inches long, weighing 16 pounds.

The 12-inch width diameter also matches the diameter of the antennas that Amazon is developing for its planned Project Kuiper constellation.

SpaceX CEO Elon Musk told the Mobile World Congress June 29 that it costs more than $1000 to build its antennas, and that it aims to reduce this to around $250 or $300.

Speaking at the Space Symposium Aug. 24, SpaceX president and chief operating officer Gwynne Shotwell said the company was aiming to reduce the cost of making its user terminals by half before the end of 2021, “and then we think we’ll be able to cut that in half yet again.”

Would Headlights Work at Light Speed?
Adopting as academics: what we learnt
Fritz Haber: Great Minds
Do childhood colds help the body respond to COVID?
#AskNASA┃ What is Artemis?