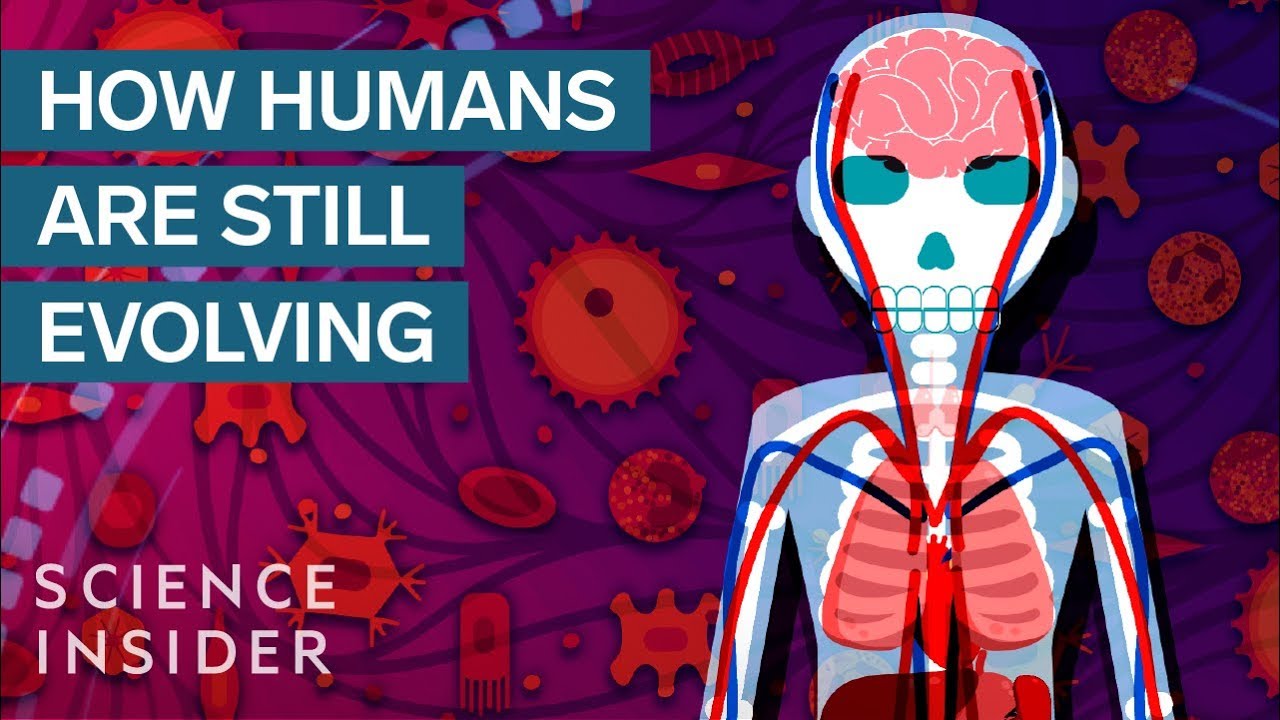 Video
Evolution gave humanity powerful brains, flat feet, and opposable thumbs. But it’s not through with us yet. Humans are still evolving new traits that help us survive and thrive in a changing world.

On the outside, it may seem like we haven’t changed much from our early ancestors. But take a closer look and you’ll discover that humans are still evolving in some fascinating new ways.

HOLDING YOUR BREATH
The average person can hold their breath for 30 seconds. But Bajau people in Southeast Asia can hold it up to 12 minutes! Which comes in handy when they freedive over 230 feet for food.

Part of the reason is simply training and experience, since they spend over half their work day underwater But it turns out the Bajau also have a genetic mutation that makes their spleens 50% larger than average.

Our spleens are what filter and store oxygen-rich red blood cells. So, when the Bajau dive underwater their larger spleens contract, which boosts oxygen levels in the blood by up to 10%, allowing them more time to collect food. It’s a handy adaptation that probably came from living on houseboats for the last 1,000 years.

DRINKING MILK
About 35% of the world’s population has the equivalent of a genetic superpower: They can digest milk as adults. Not impressed? Then consider this: humans are the ONLY mammals on the planet with this ability.

Thanks to a genetic mutation that popped up in Europe around 5 to 10 thousand years ago. Those with the mutation produce lactase throughout their lives. That’s the enzyme that breaks down milk sugars for easy digestion.

All other mammals, and humans for most of history, stop producing it after childhood.

But once those lucky few Europeans could drink milk as adults, that suddenly meant extra nutrition and ultimately healthier, longer lives so that they could pass their superpower on to future generations.

Today, roughly 95% of Northern Europeans have the mutation.

FENDING OFF DISEASE
The human body has an estimated 20 to 30 thousand genes. And while some mutations can change our spleens and diet others can protect us against deadly conditions, like AIDS.

Nearly 50% of women in parts of South Africa have HIV. But researchers found that some show a stronger resistance to the virus taking longer to develop AIDS, or sometimes never getting it at all.

Turns out, these women also share a mutation in a gene called HLA-B27, that the others lack.

Does this mean we’re going to evolve our way to HIV immunity? It’s too early to say. But one thing’s clear:

Evolution’s not done with us yet.

Nvidia data center sales grew 55% on demand for artificial intelligence chips
What You Need to Know About Saturn’s Moon Titan
Your questions about the GE and Johnson & Johnson company breakups, answered
Bill Gates’ TerraPower aims to build its first advanced nuclear reactor in a coal town in Wyoming
Europe’s COVID death toll could rise by hundreds of thousands