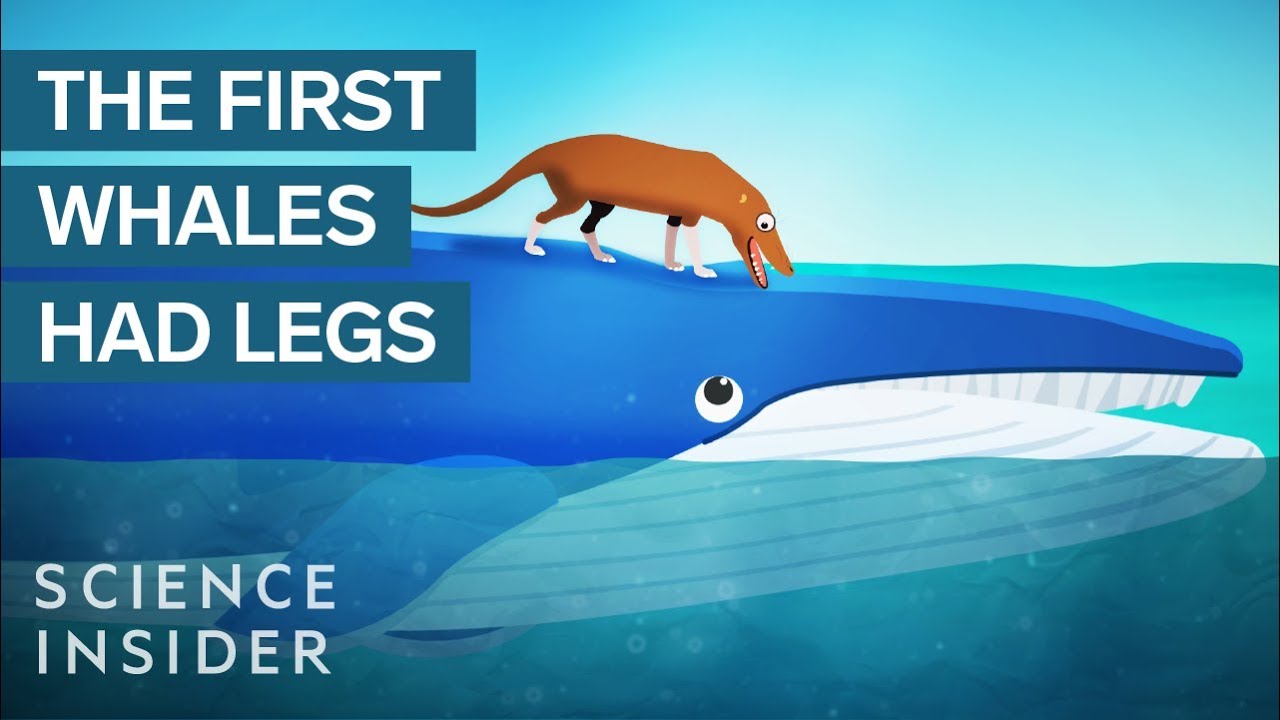 Video
Whales are the largest living animals that have ever existed on this Earth. A blue whale can grow to a whopping 110 feet in length, outweighing even the dinosaurs. But curiously their story begins from rather humble beginnings. Here is the story of how whales became the giants of the sea.

Whales are the largest animals to ever exist on this Earth, outweighing even the dinosaurs. These titans roam the oceans in search of food, but that wasn’t always the case. Millions of years ago they used to be land dwellers. Here is how whales ended up becoming the biggest of them all.  Following is a transcript of the video.

Whales are the biggest animals of all time. Heavier than elephants, wooly mammoths, and even dinosaurs!

But they weren’t always the titans of the sea. Let’s rewind the clock around 50 million years. No, you won’t find any whales here. You have to go ashore. Meet Pakicetus. The very first whale.

Life on Earth spent millions of years clawing its way out of the oceans. But whales took all that effort and threw it out the window. From 50 to 40 million years ago they traded in their four legs for flippers. In fact, some whales today still have leftover bones of hind legs!

Once submerged, their weight under gravity no longer mattered so they could theoretically grow to enormous proportions. And they did. Today, a blue whale is 10 THOUSAND times more massive than the Pakicetus was.

But this transformation wasn’t as gradual as you might think. In fact, over the next 37 million years or so whales grew increasingly diverse but their size remained small. And were only 18 feet long. Making them easy prey for predators, like giant sharks.

It wasn’t until around 3 million years ago that an ice age tipped the scales in the whales’ favor. Ocean temperatures and currents shifted sparking concentrated swarms of plankton and plankton-seeking krill. It was an all-you-can-eat buffet for the baleen whales, who grew larger as a result. And the larger they became, the farther they could travel in search of more food to grow even more. You can probably see where this is going.

3 million years later, humpbacks, for example, have one of the longest migrations of any mammal on Earth, traveling over 5,000 miles each year. As a result, modern whales are the largest they’ve ever been in history.

Take the biggest of the bunch the blue whale. It weighs more than a Boeing 757. Has a belly button the size of a plate. And its network of blood vessels, if you laid them out in a line, could stretch from Pluto to the sun and back over two and a half times!

In fact, the largest blue whales are so huge that scientists think they may have hit a physical limit. When they open their wide mouths to feed they engulf enough water to fill a large living room. So it can take as long as 10 seconds to close them again.

Scientists estimate once a whale is 110 feet long it can’t close its mouth fast enough before prey escapes. So it’s possible we’re living amongst the largest animal that will ever exist. Lucky for us, they mostly just eat krill.

This was made in large part thanks to Nick Pyenson and the information in his new book, “Spying on Whales.”